Beech Nut is the rather odd name of a stone hut built in 1913 at the top of Beech Hill in Rockport, Maine. It was built in the “Norwegian mountain hut tradition” and is listed on the National Register of Historic Places. It was originally built to be used as a picnic and tea spot for its owners, the Gribbel family, who had a summer estate in Rockport. It is now part of The Beech Hill Preserve, a 195 acre parcel belonging to the Coastal Mountain Land Trust.

Beech Nut sits atop the 533 foot Beech Hill in Rockport, ME. It is the only bare-topped hill in the area and provides spectacular views of the Penobscot Bay and the Camden Hills.

On a clear day, you can see Rockport, Rockland, Owl’s Head, Vinalhaven, Deer Isle and even a bit of Mount Desert Island.

A half mile dirt road intentionally winds and curves to offer a series of views the hight. The hill is covered in low grasses and commercial organic blueberry fields.

Around 1913, John Gribbel, a wealthy industrialist from Philadelphia, built a summer home in Rockport on the shore of Deadman Point called Weatherend. He hired a Norwegian immigrant named Hans Heisted, an employee of the Olmstead Brothers, to improve the grounds. At Weatherend, Heisted oversaw a crew of masons and workers who built walls, terraces and walkways as well as “outdoor rooms” with accompanying custom outdoor furniture.

To keep the workers busy during the winter, Gribbel and Heisted had the brilliant idea to build a small hut a few miles away on Beech Hill which was also owned by the Gribbels. This would keep them employed and prevent them from leaving for other jobs.

The Gribbels had been buying land on Beech Hill since 1909 and eventually ended up with a 300 acre parcel. The stones used in construction were wrapped in burlap and individually brought to the site to be placed by hand.

The hut features a sod roof which was typical of Scandinavian houses up until the late 1800s. There was a huge table designed by Heisted in the middle of the room, a small kitchen and a primitive bathroom.

Once complete, family and friends would bundle up the children and walk the 2.5 miles from Weatherend to Beech Nut to enjoy the fresh air and exercise and to have picnics in and around the hut. It was not built to be slept in, but really just as a day cottage. The remnants of one of the spiraling “outdoor rooms” is still visible near the cottage.

Saved from the Elements

The property and hut passed out of the Gribbel family in the 1930s and slowly fell into disrepair. The floor rotted, the roof was caving in, and vandals were making a mess. In 1986, the land around Beech Nut was put under conservation easement, was acquired in 2003 by the Maine Coast Heritage Trust, which then transferred it in 2006 to the Coastal Mountains Land Trust. A 12-acre area of the preserve was listed on the National Register in 2003.

In 2007, the hut was completely restored. The sod roof, windows, doors and exterior veranda were replaced and the stonework was repointed. 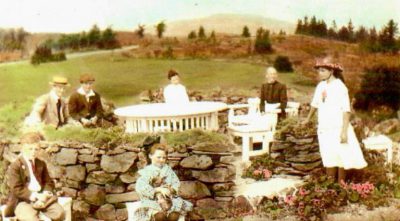 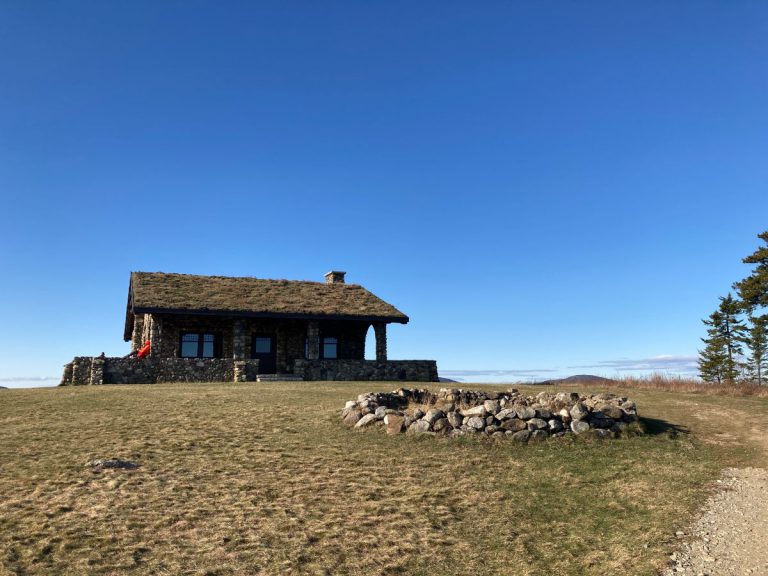 A view of Beech Nut from below 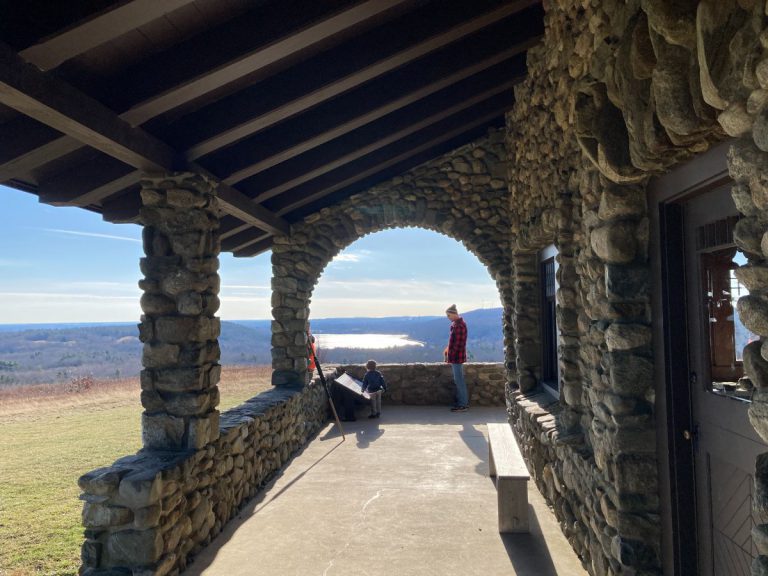 Archways on the porch 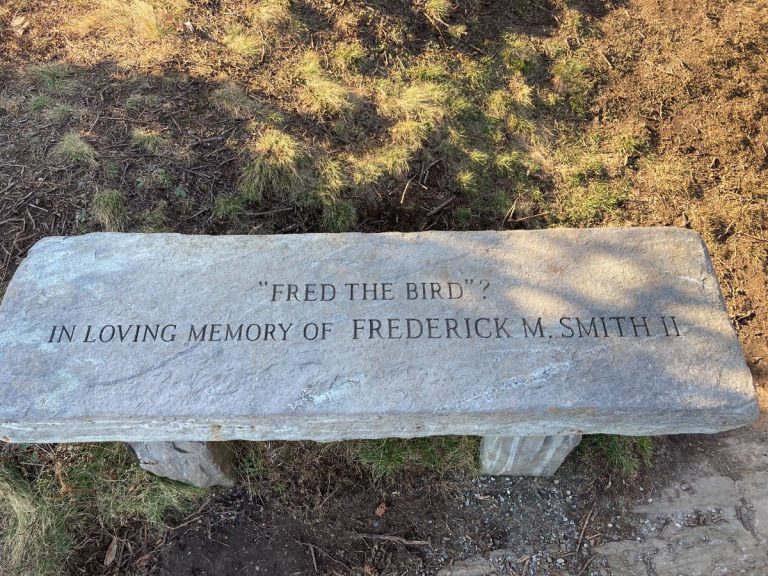 A bench on the way up from the Rockville Street trailhead 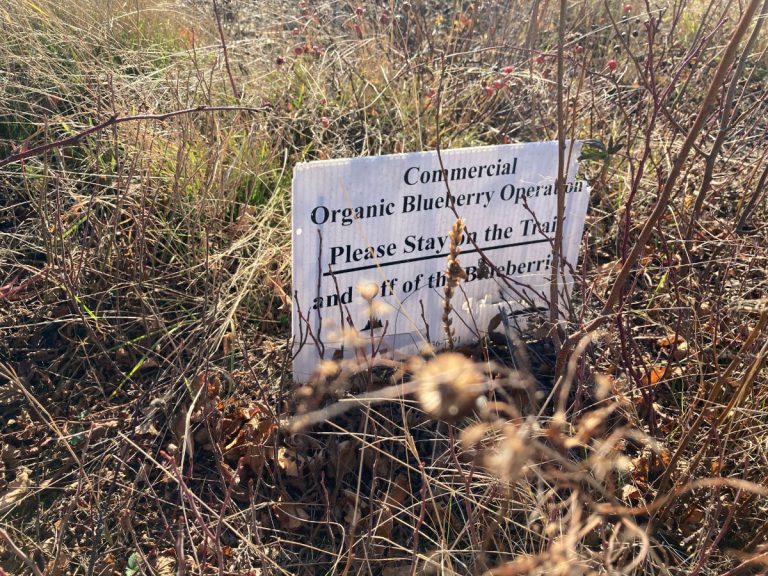 Blueberries are harvested in the fields so stay on the trail 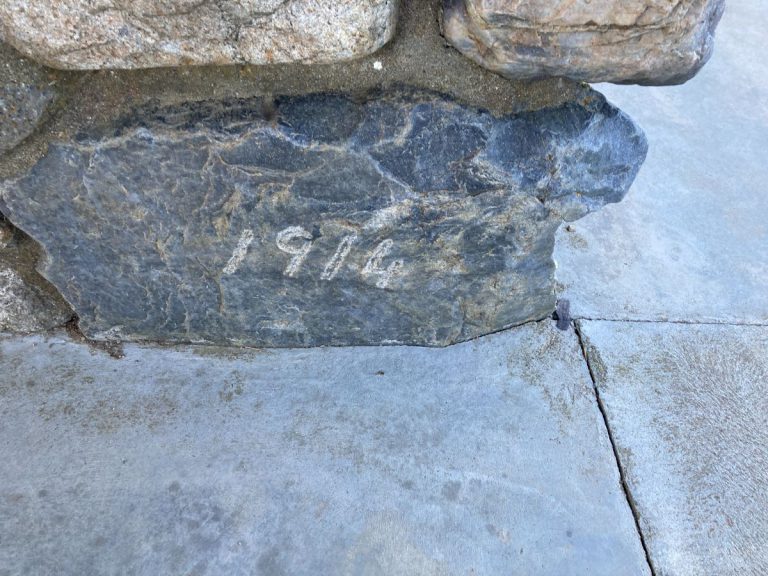 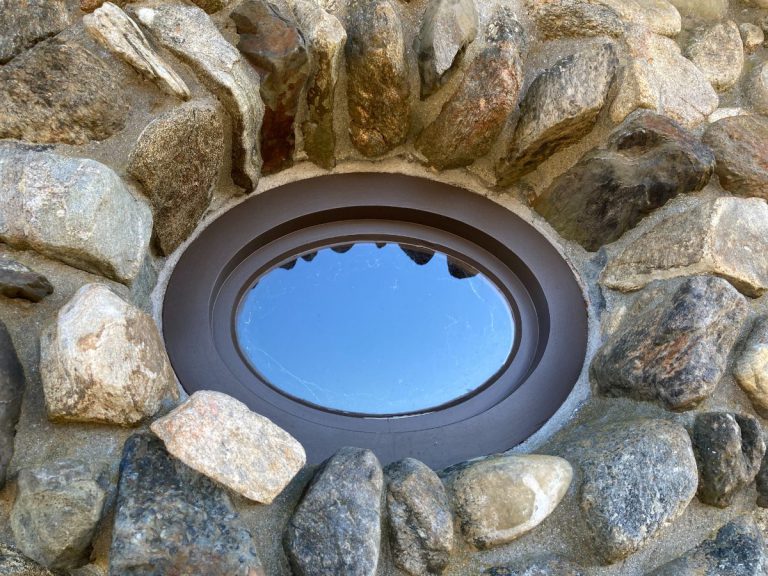 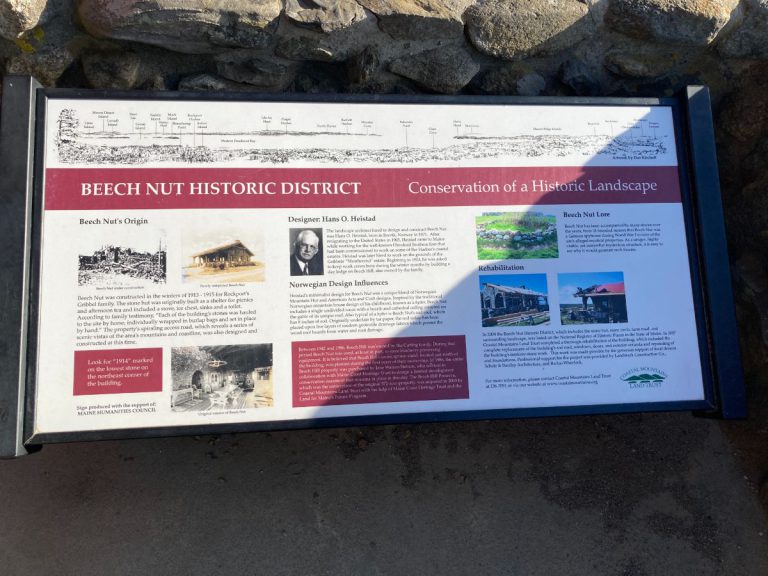 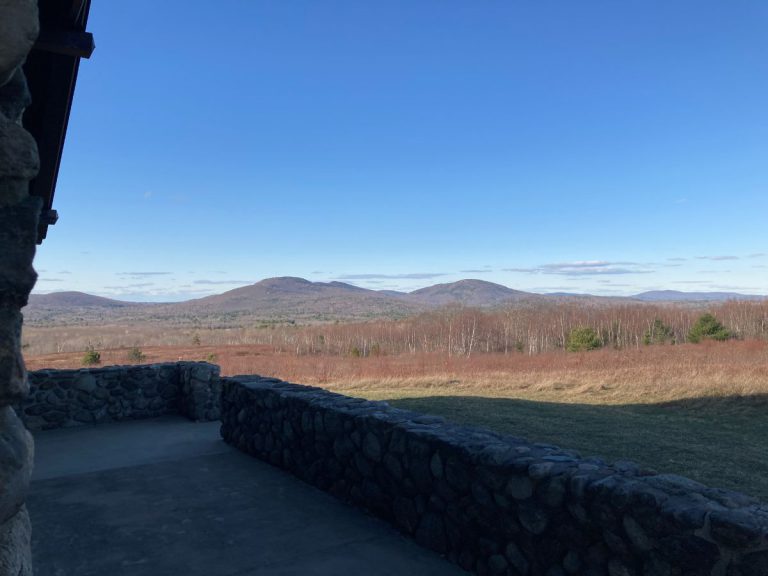 Views of the Camden Hills 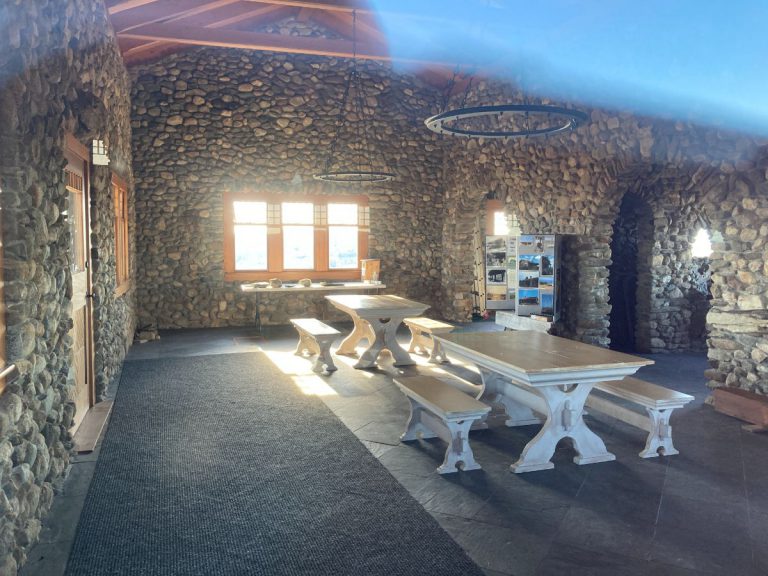 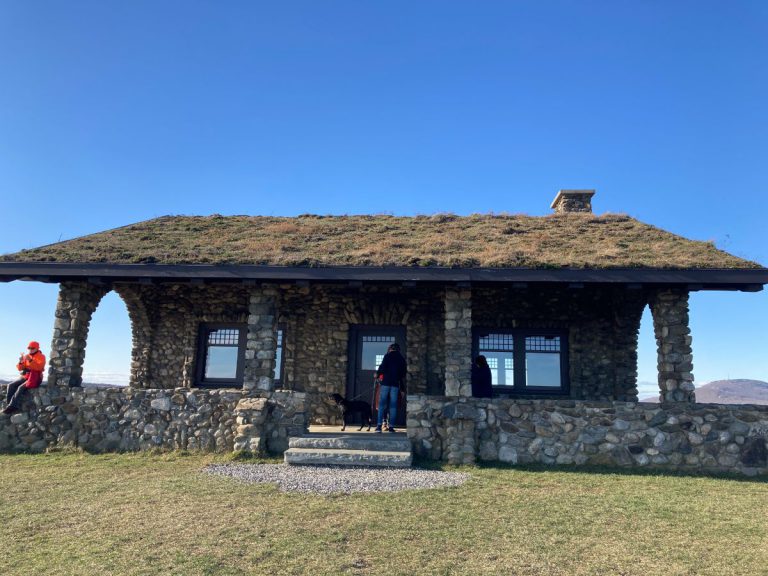 View from the front shows the sod roof 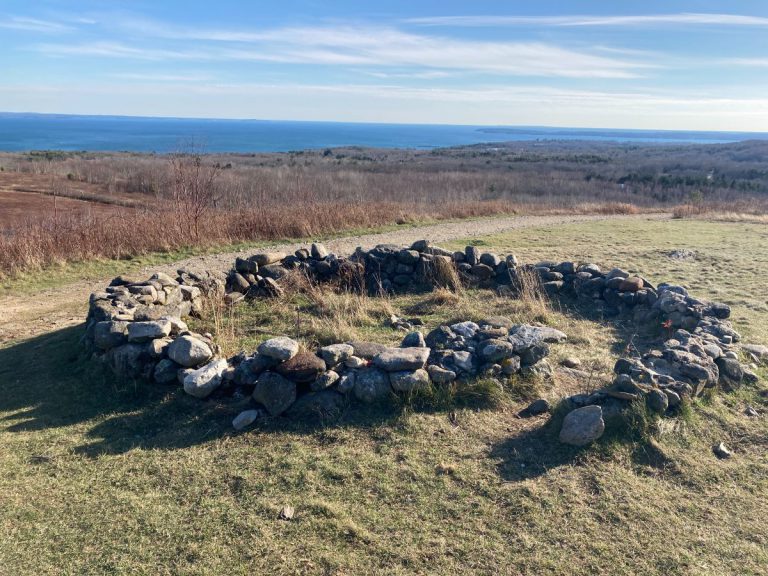 The remains of an "outdoor room" 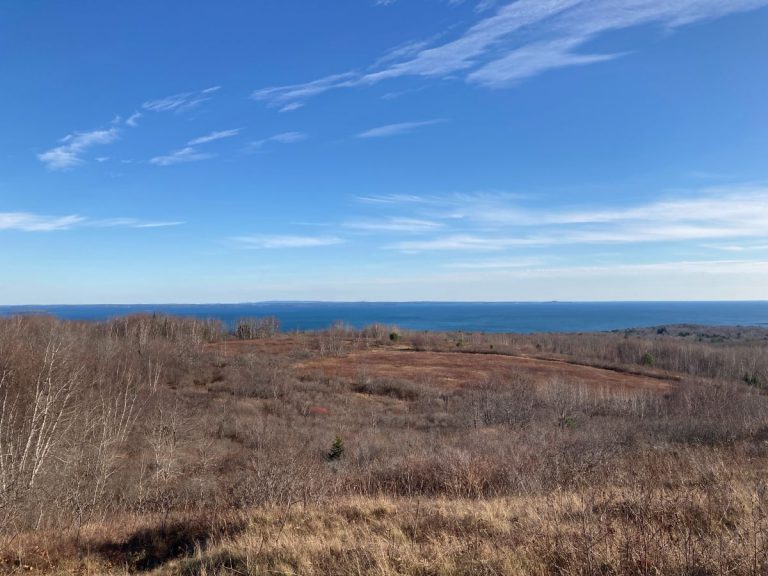 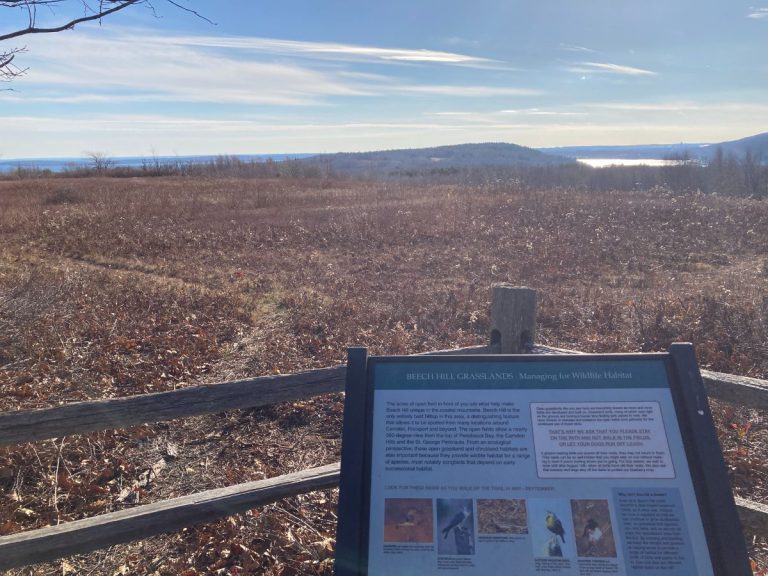 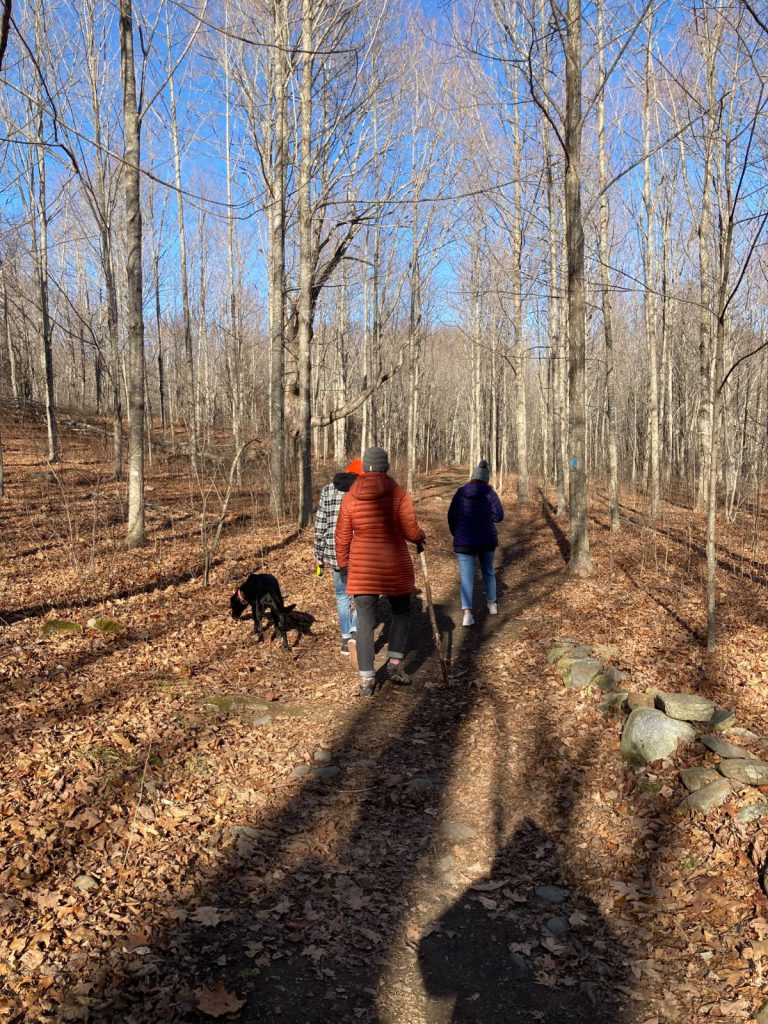 The trail in November 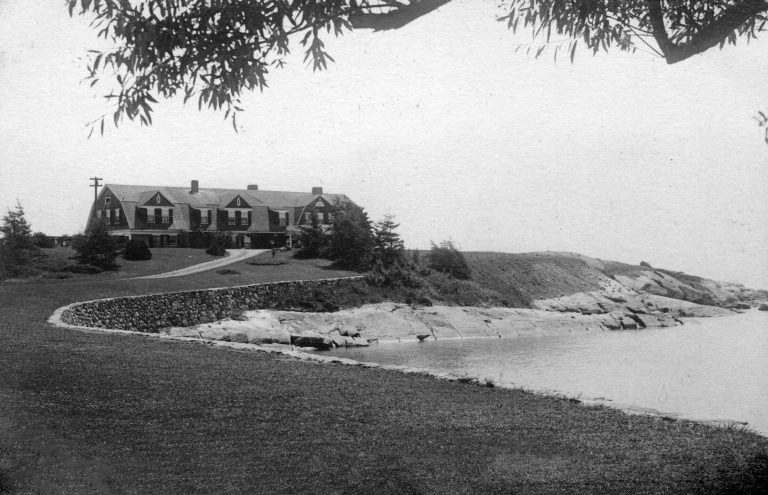 Weatherend, the Gribbel summer cottage that was the original starting point for family picnics at Beech Nut 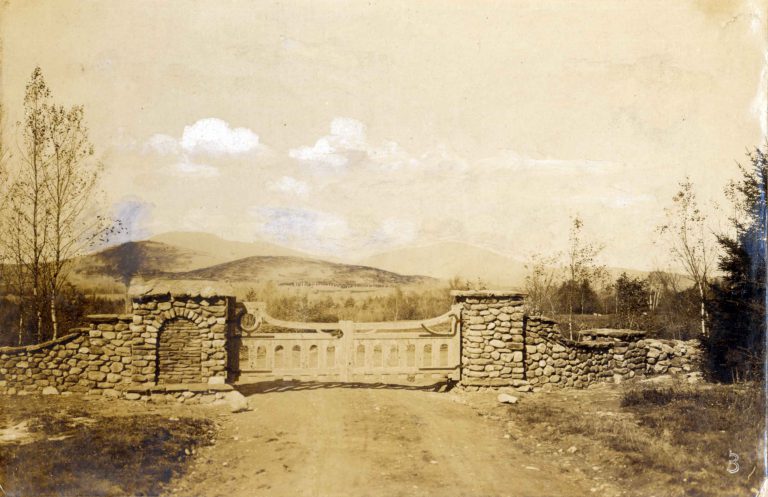 The original gate on Beech Hill circa 1915 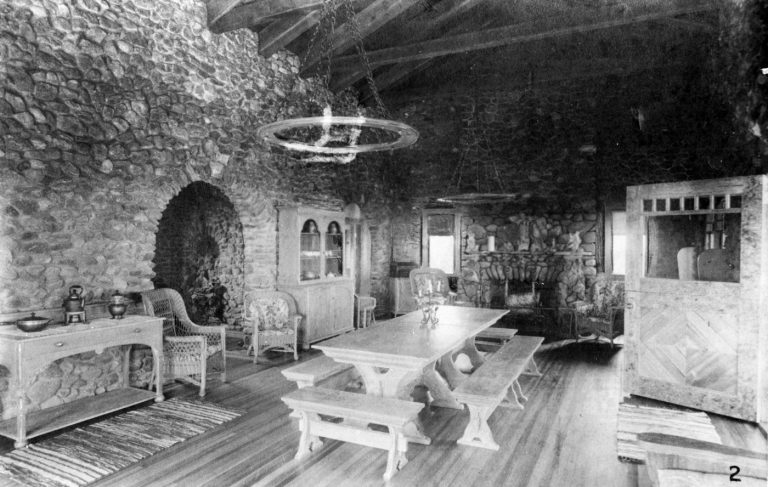 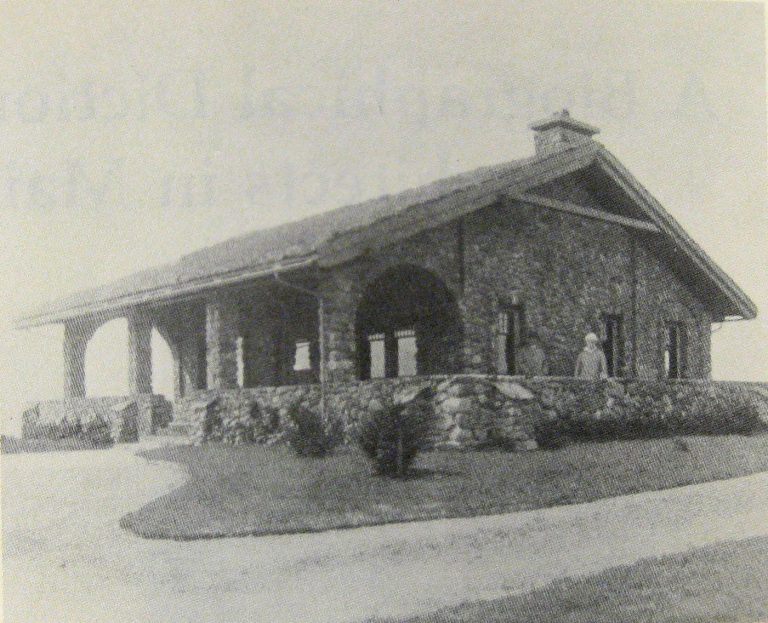 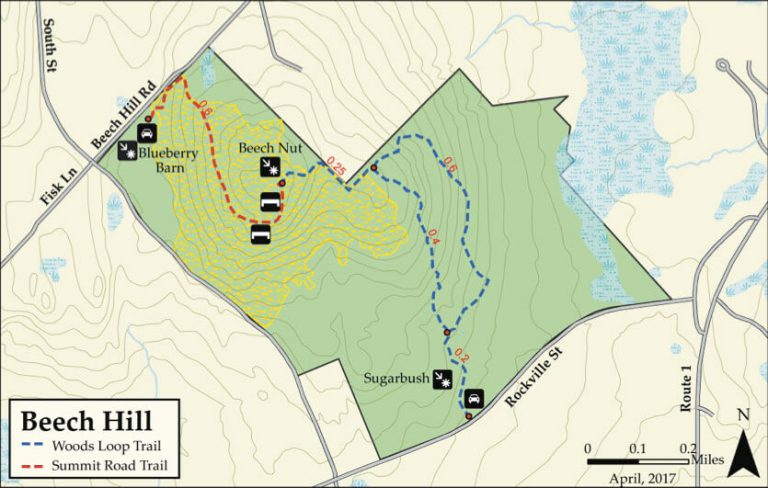 The old pictures were found on Google. I also got inspiration and information from the Coastal Mountains Land Trust & mainetrailfinder.com.