Powderhouse Hill is a small, volunteer-run ski area located in South Berwick, Maine. The single, 800 foot long rope tow takes about 40 seconds to reach the top of the hill (and probably less than that to get down). The tow is uniquely powered by a converted 1938 Ford pickup truck that is encased by a shed at the top. Powderhouse is a throwback to the early days of skiing in New England, before snowmaking, high speed chairs, and $100 lift tickets made skiing accessible only to those with deep pockets and luxury SUVs. Powderhouse Hill has no snowmaking ability so it relies on natural snow to be open during the season. Locals know to check their Facebook page to see if the hill is open on any given day during ski season. Open days are celebrated by the faithful.

Powderhouse is the smallest of Maine’s 20 ski hills, with 3 trails, 1 lift, and 175 vertical feet of family-friendly skiing. It has lights for night skiing and a small chalet at the bottom of the hill that sells tickets and serves food. As of 2021, a lift ticket will set you back a whopping $5 (cash only). The hill is only open a total of 12 hours per week: Wednesday and Friday nights from 7-9 and 12-4 on the weekends. Grooming is done by a snowmobile pulling a cross country ski groomer. Bring your own gear, because they do not have equipment rentalsm, though you’ll probably find free duct tape to help protect your mittens from the ravages of the rope.

It is run entirely by a small, but dedicated group of volunteers, and has been a part of the South Berwick community for a long time. Generations of local kids have learned how to ski at Powderhouse – walking or getting dropped off for the afternoon. It is jointly maintained by the town and the nonprofit Powderhouse Ski Club.

As Dan Boyle, President of the Ski Club said:

“We’ve always been a place where people pack a lunch and change in the parking lot or bring chairs to sit around our firepit. This is how your parents skied.”

Legend has it that around 1939, William Hardy, a 24 year old South Bewick local and “ski enthusiast”, built the first rope tow on the Powderhouse slope. That makes Powderhouse one of the oldest lift-serviced ski areas in New England, What actually powered that first rope tow is unclear (perhaps a Model A). Sometime in the late 1950s, Hardy rehabbed an old Ford V8 pickup and drove it further up the slope where he converted it so that one rear wheel could run the lift. A neighbor who worked for the phone company got some recycled telephone poles to set on the hill to run the lift lines. Sometime in the 1960s or 1970s, the V-8 engine was replaced with a 37 horsepower air-cooled 4-cyclinder engine which powers the lift to this day.

In the late 1970s, things looked bleak and the area went unused for a few years. It was reopened when the Powderhouse Hill Ski Club took over the hill in the 1981-1982 ski season. The chalet at the base was rebuilt in 1985. and the National Guard came in with construction equipment and upgraded the entry road and created the parking lot.

The area faced possible closure again in the early 1990s when liability concerns forced the club to put the area up for sale. Luckily, the town of South Berwick stepped up and purchased the area and it became part of the town’s Recreational Department.

Since then, the rope tow has been rebuilt, the lodge has had structural work done, and lighting has been improved. In 2013, the area even borrowed snow guns from “a big area up North” to see if they could stretch the season out a bit.

The hill is named after the powderhouse that once graced the hill. Back in colonial times, towns built powderhouses in remote locations to keep the local militia’s supply of gunpowder both safe and dry. Explosions still occurred, but they wouldn’t destroy a neighborhood if they occured. In 1809, when North Berwick, South Berwick and Berwick were all one town, a town meeting called for the construction of a powder house and it was suggested that it be built on Butler’s Hill (named after early settlers of Berwick) which subsequently was named Powderhouse Hill. In 1851, arsonists burned a few buildings, including the powderhouse.

Take Route 4 to the South Berwick. Turn onto Agamenticus Road and the entrance to Powderhouse Ski Area is right there. 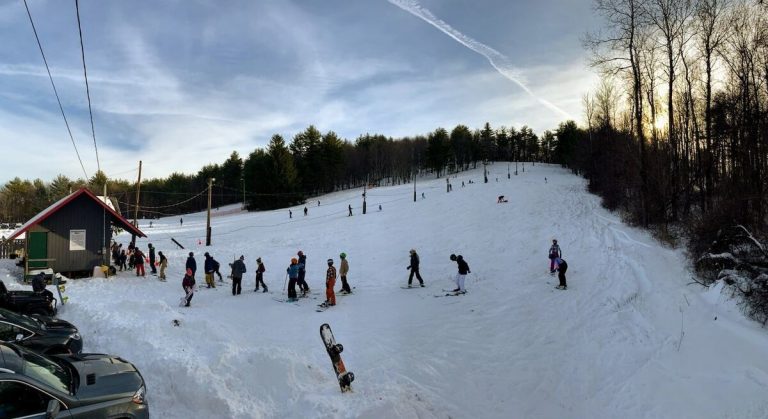 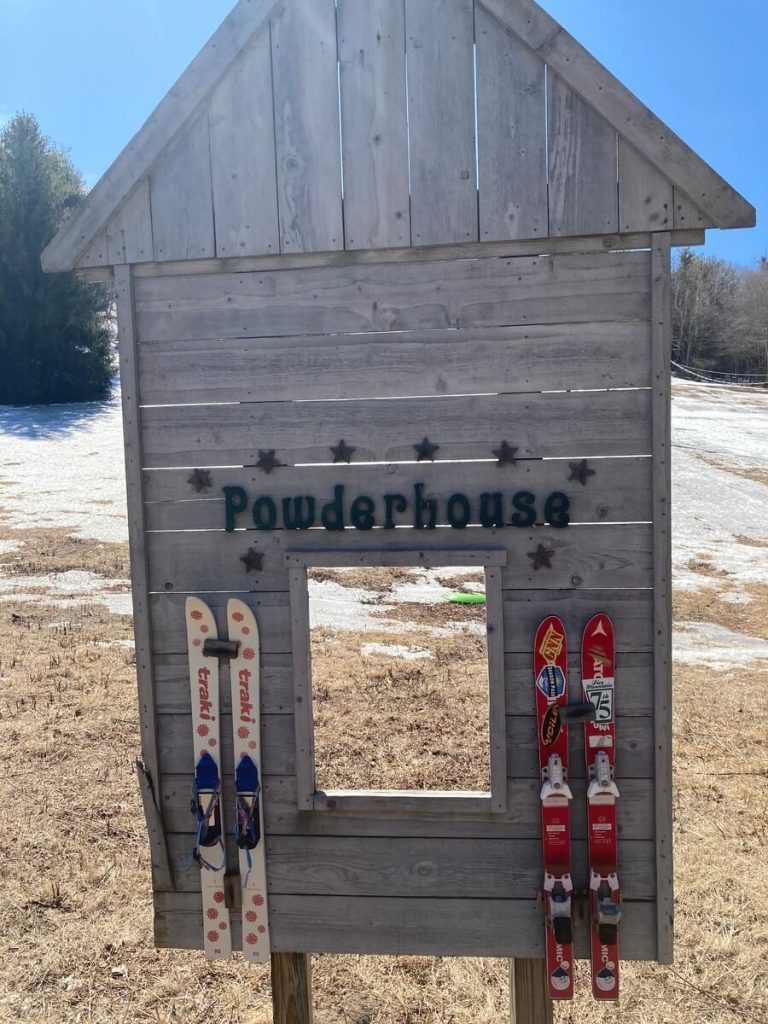 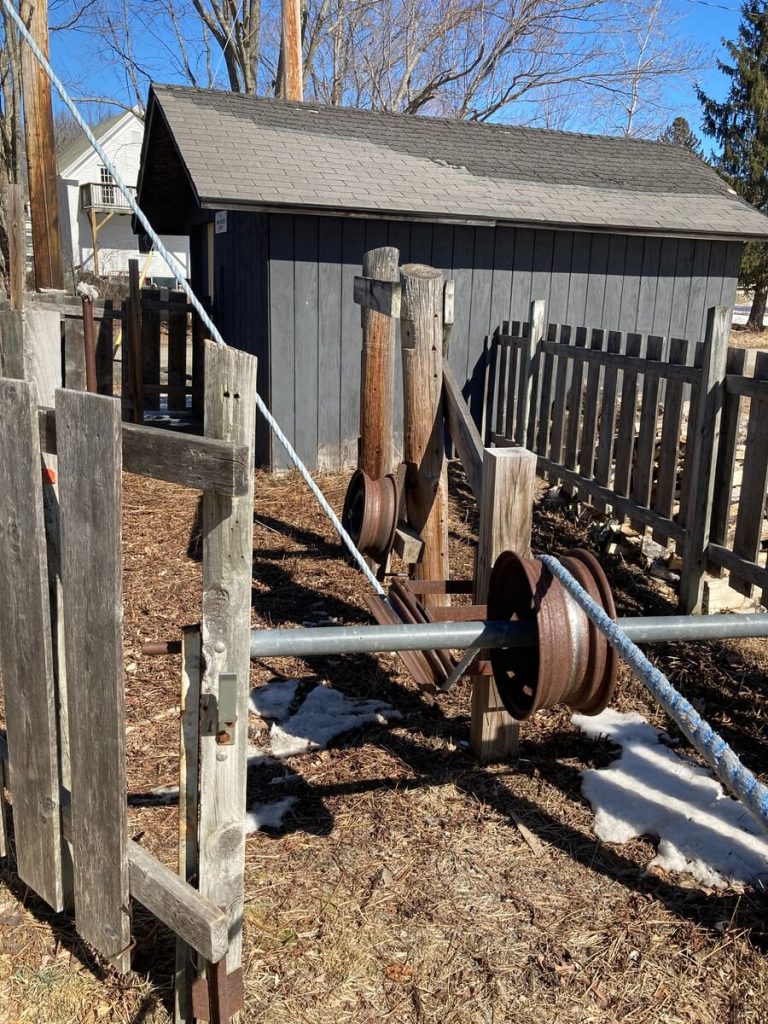 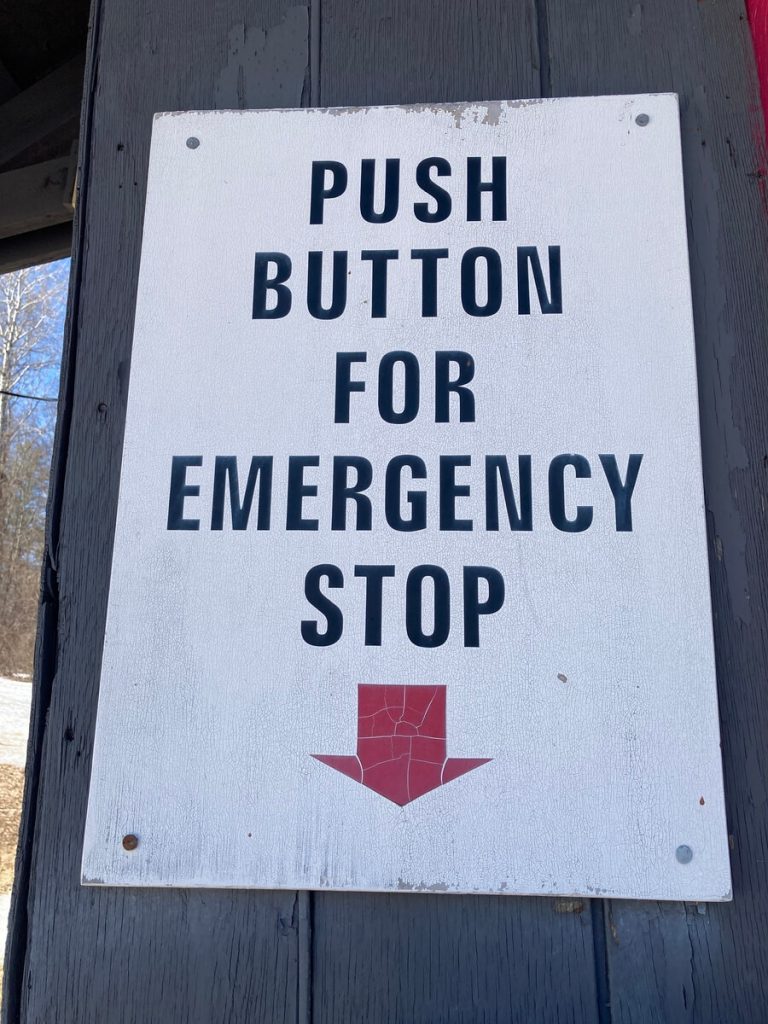 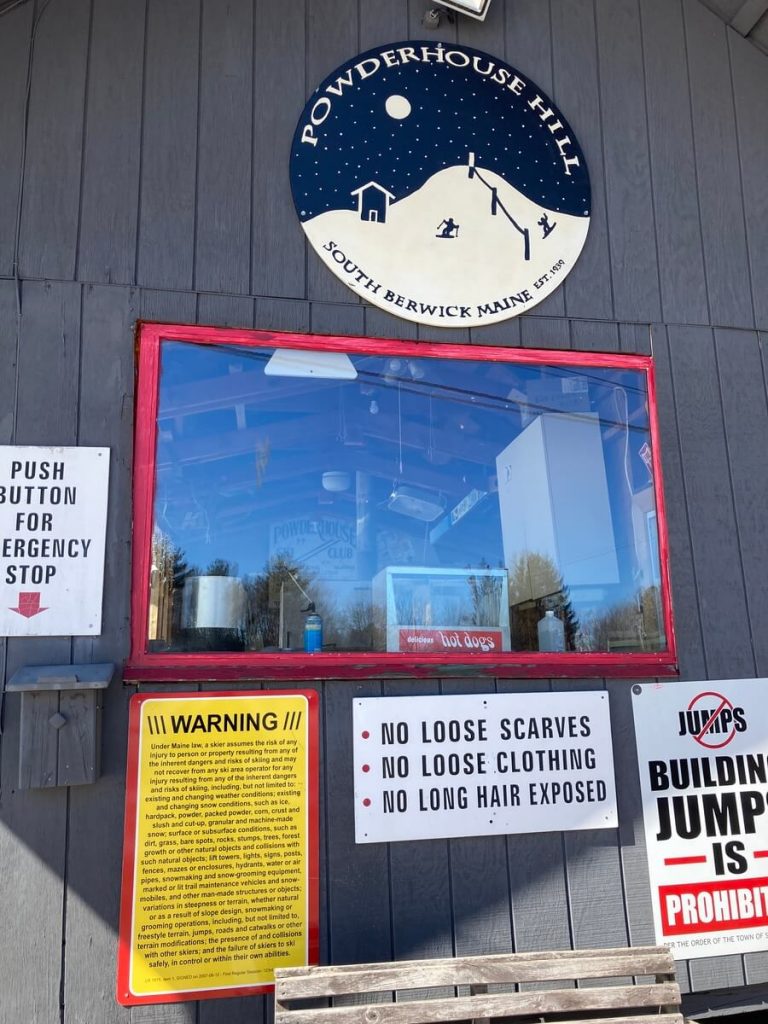 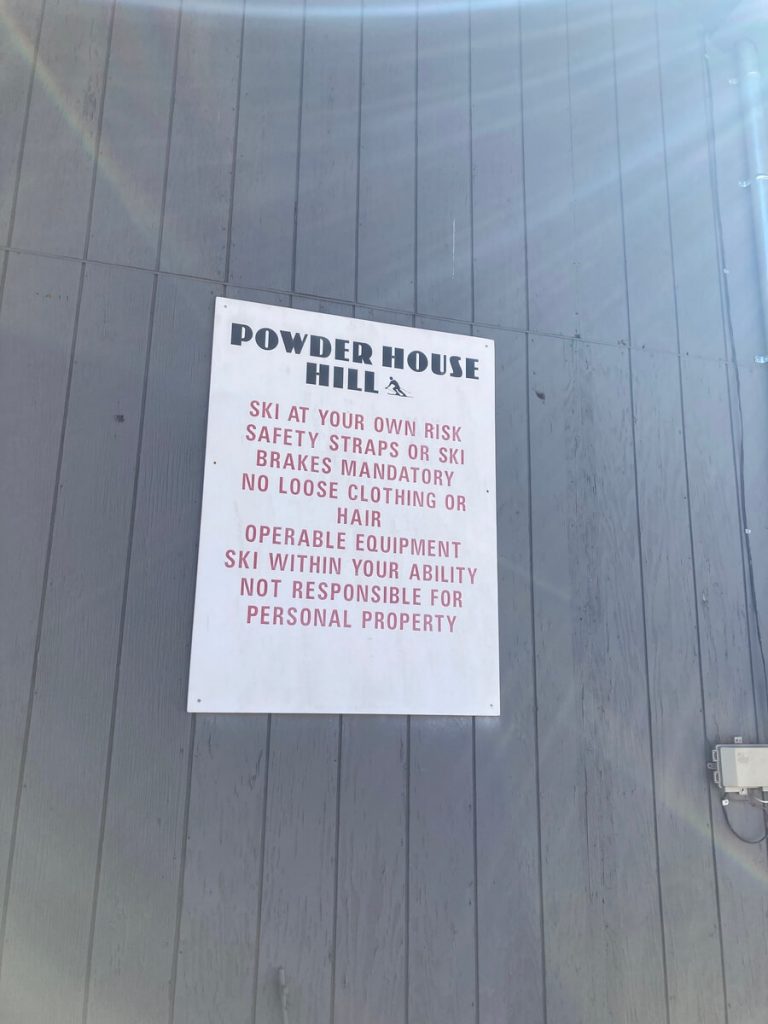 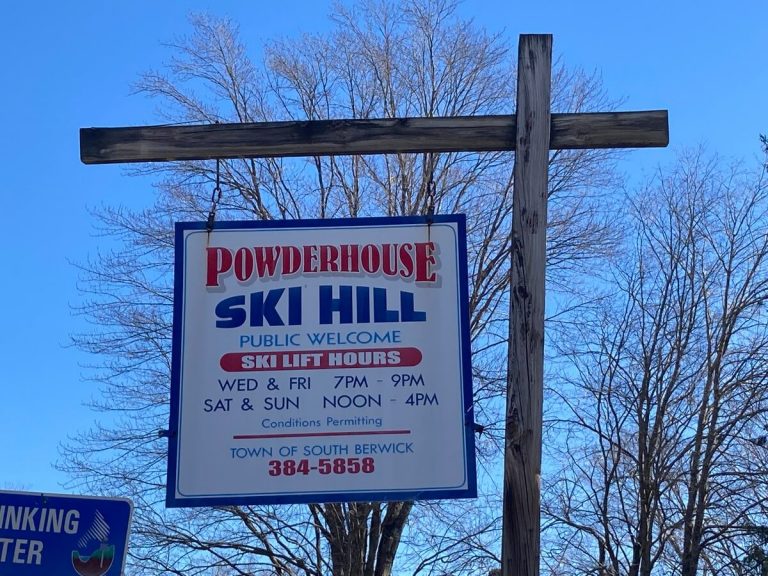 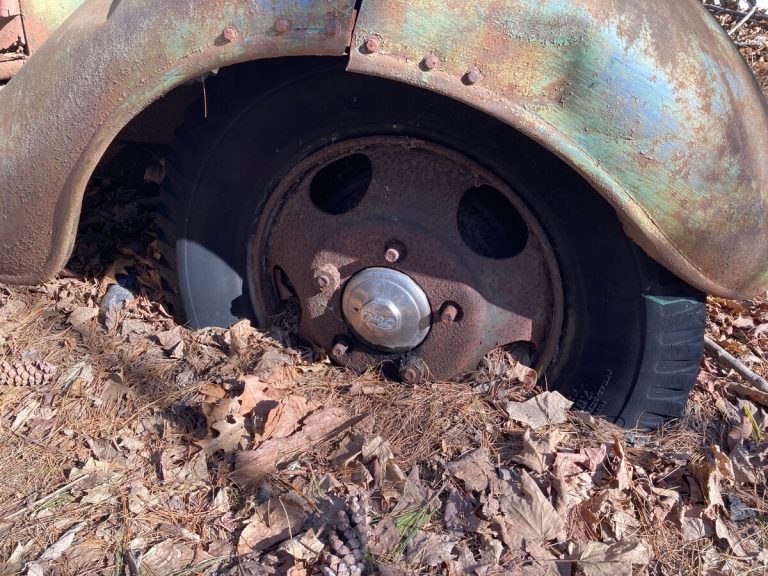 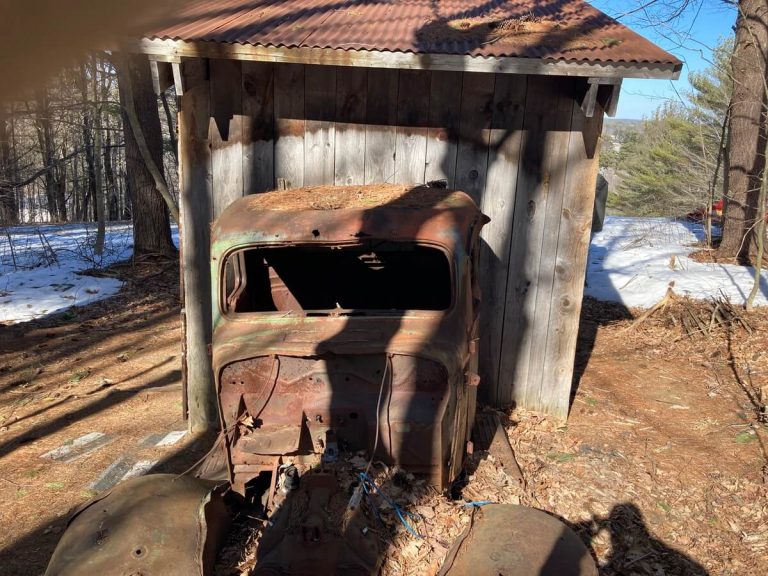 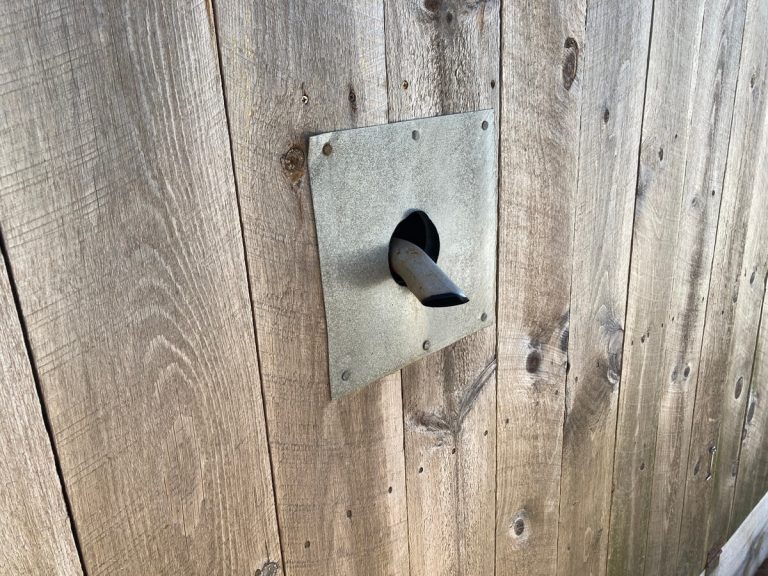 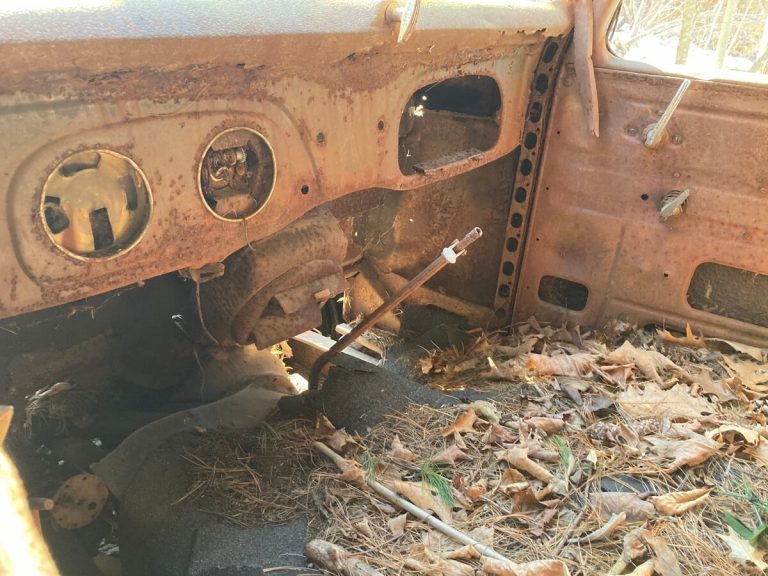 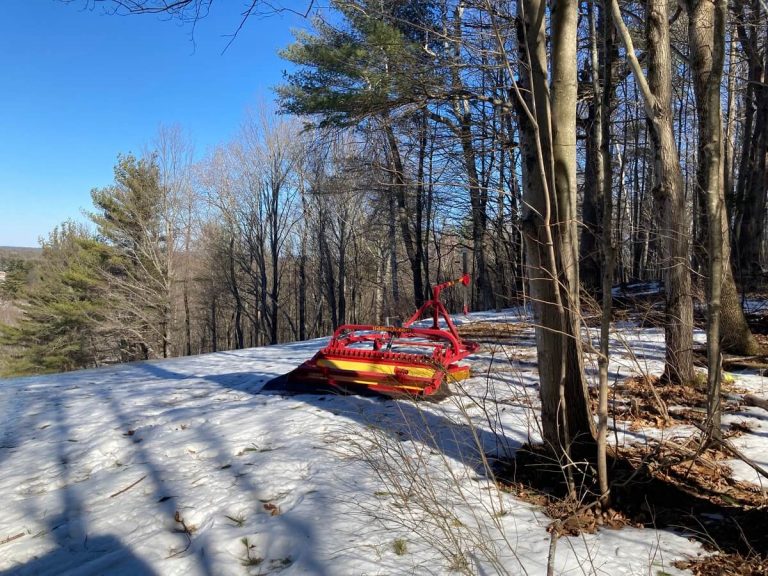 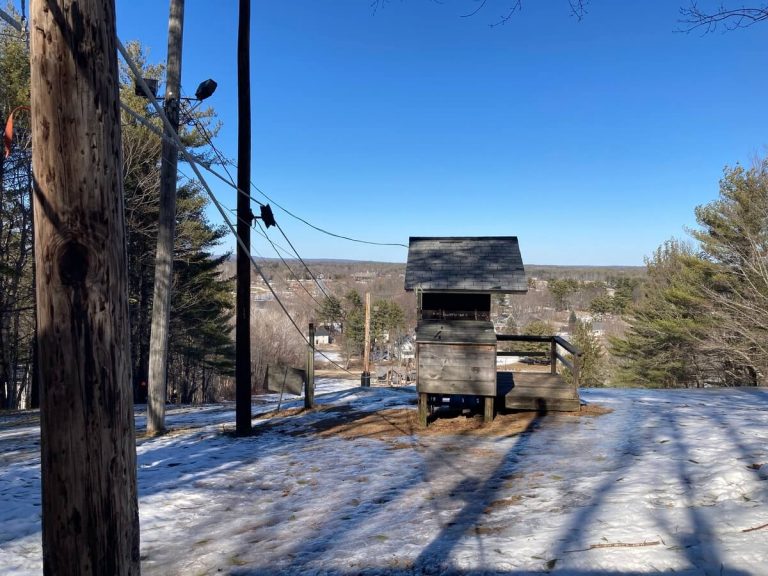 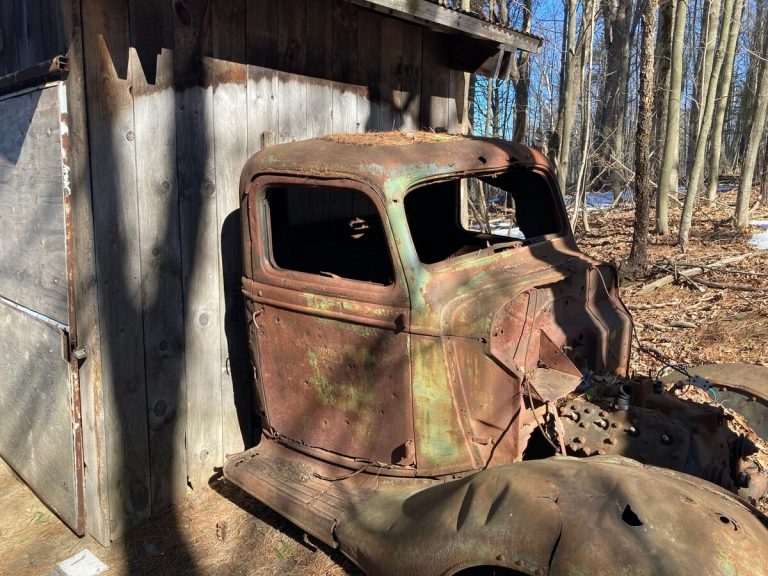 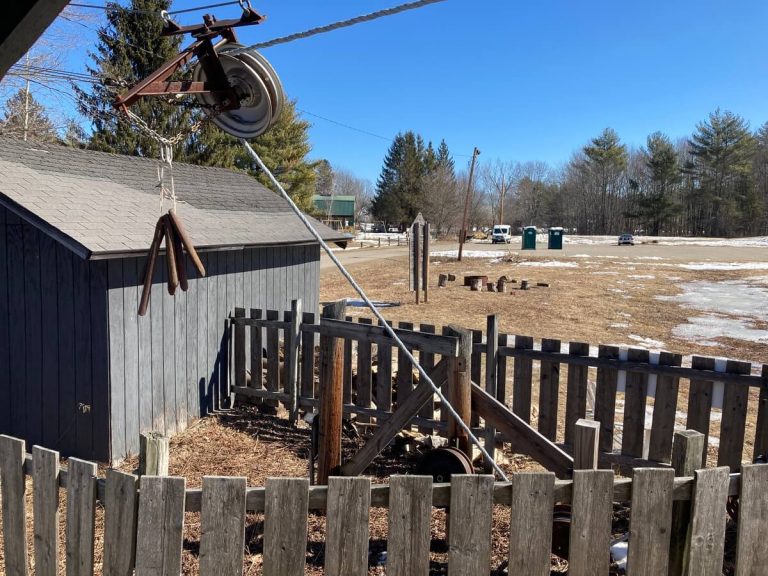 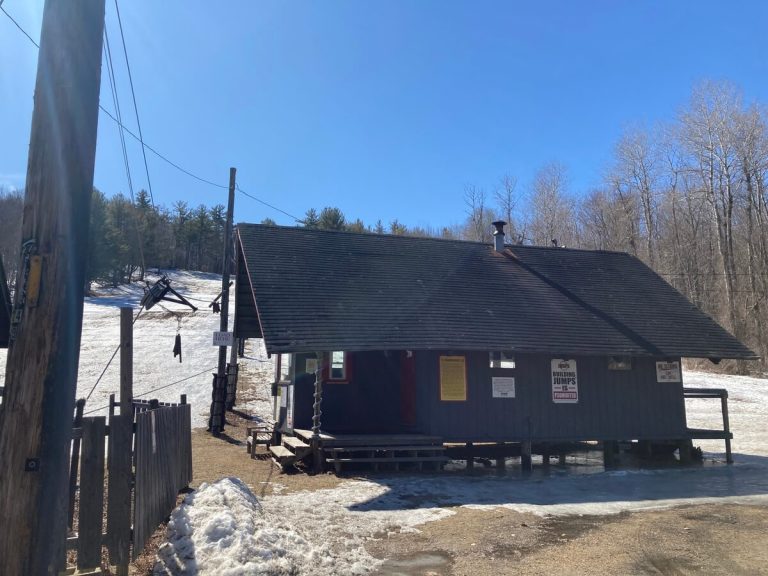 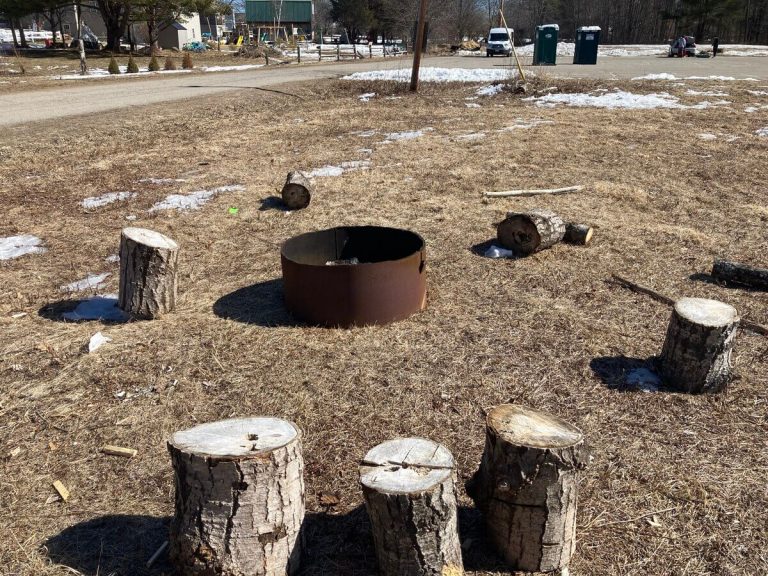 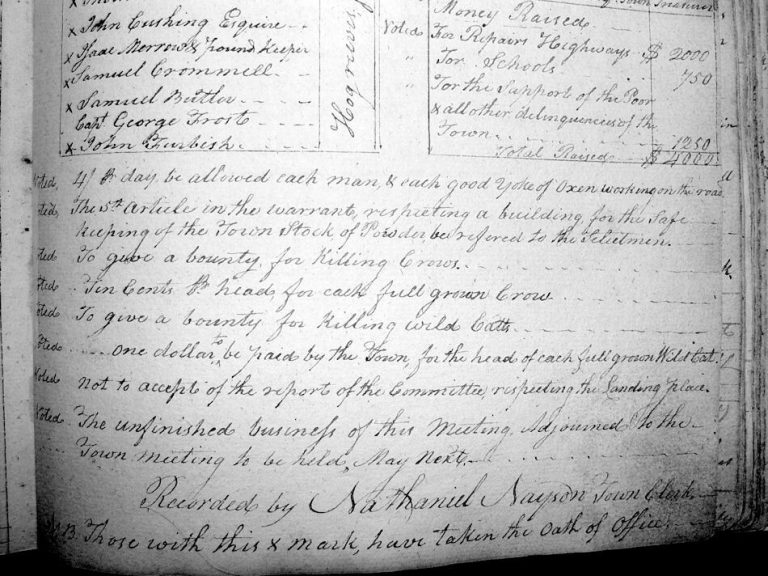 A view up the rope tow, from their Facebook page 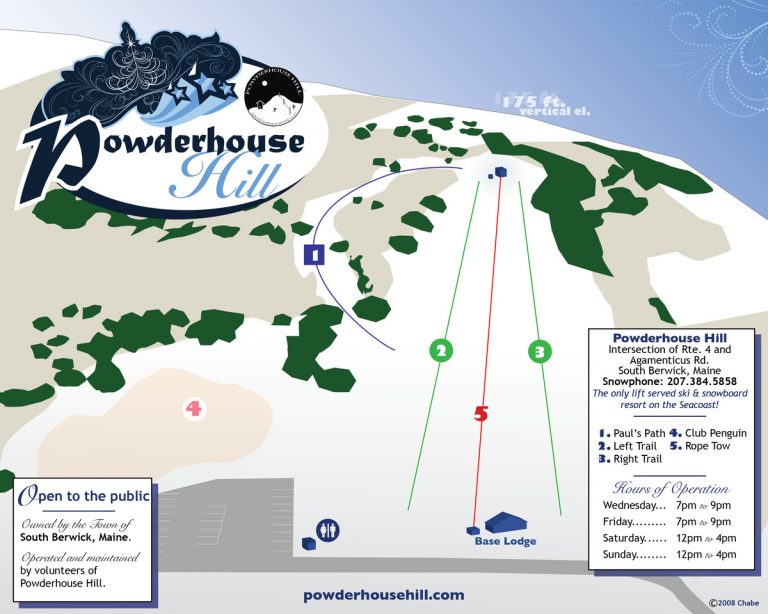 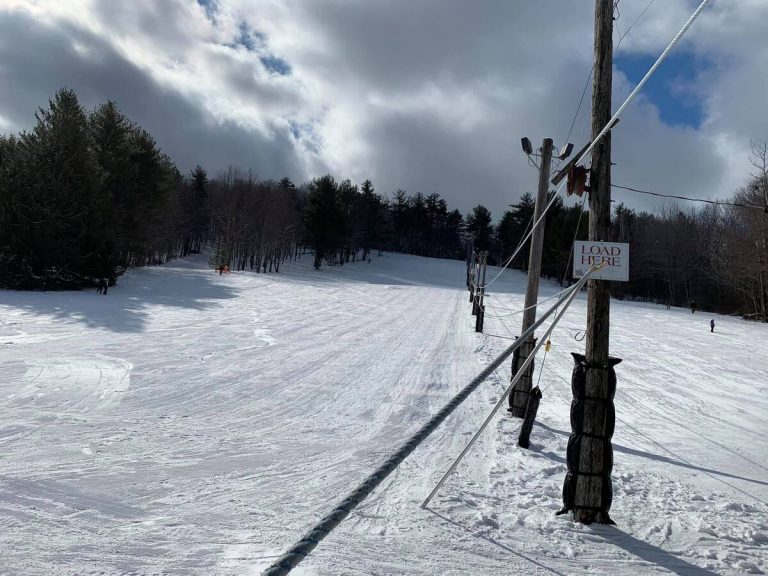 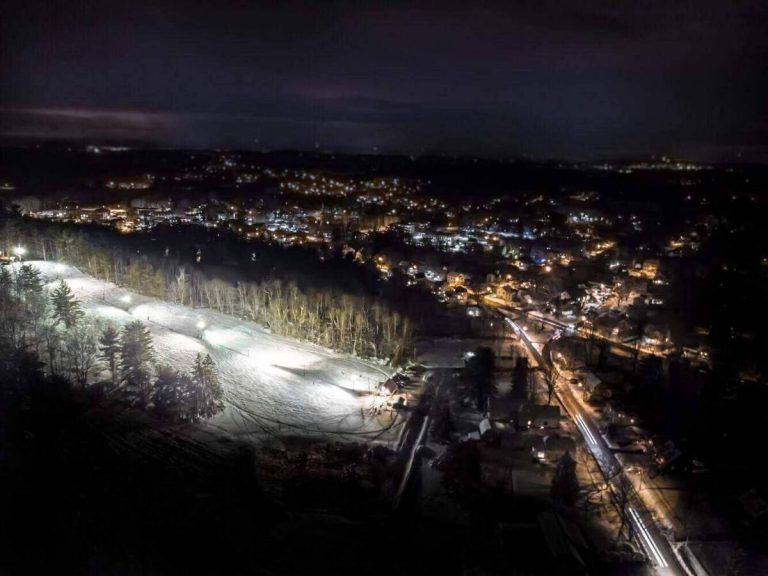 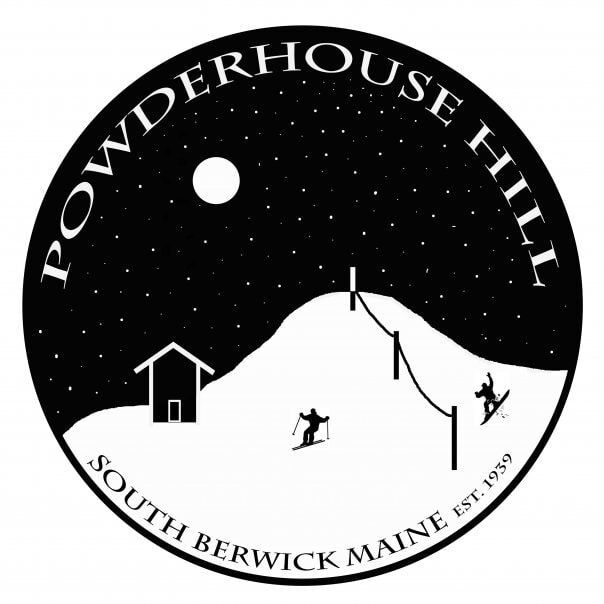