Timber Point is both the name of the former Ewing summer estate and the 97 acre peninsula that it is situated on. The land, including a farmhouse, was purchased by Louise Parson Ewing (1880-1951) in 1929. Her husband/master architect Charles (1872-1954) designed the 2-story home which was constructed in 1931 at the end of Timber Point. Louise and Charles entertained artists and authors, and the family used the property during summers for over 80 years. In 2012, their heirs sold most of the property to the U.S. Fish & Wildlife Service for $5.125 million to preserve one of the last, large undeveloped properties on the Southern Maine coast. The property, including the buildings and the 13 acre Timber Island, became part of the Rachel Carson National Wildlife Refuge. The home itself is now listed on the National Historic Register of Places.

Driving to Timber Point, you pass some pricey, beachfront properties at Granite Point and Hoyt Neck. The road is boxed in on the west by the Little River and estuary and on the East by the ocean. At the end of Granite Point Road, there is a small town parking area which fills quickly during the summer months and the trail starts from there. Parking is enforced so to avoid a ticket, go early, ride your bike there, or get dropped off. No bikes or dogs are allowed on the property.

The trail is approximately 0.7 miles long from the parking area to the tip of Timber Point. It is a very well maintained trail and is good for all ages. At the beginning, there is a secluded crescent beach.

After the beach, the road/trail splits and you stay to the right to keep on the trail. To the left is the private property that the Ewing heirs did not sell – in fact, the Timber Point Farm can be rented on AirBnB. As you travel South, there is an observation deck that looks across the Little River. You pass the Ewing boat house and then further on, you’ll find the Ewing House, garage, and outbuildings. There is a small loop that takes you to an outcrop at the southwestern tip. From there, you can see across the Little River to Goose Rocks Beach. You can also walk out to Timber Island across a rocky “land bridge.” But be careful, as you have to time the tides correctly. In fact, there is a big warning sign next to a tide chart. It is only accessible at low tide and I have to imagine that many a tourist have gotten stranded.

The property is lovely, with the sheltered crescent beach at the start, rocky coastline on the East, and wooded interior with peaceful meadows throughout. It is a popular spot for migratory birds and a great spot to see seals in the spring. It is not hard to see why the Ewing family bought the property.

Side Note/Citizen Science: Before the property was sold, the beach was a mess. Curtis Cove is a natural collection for ocean garbage like rope, broken lobster traps, and loads of plastic. In fact, a blogger/citizen scientist named Harold Johnson created a blog called “The Flotsam Diaries” and kept a detailed garbage diary/log for a few years where he catalogued all garbage he found washed up in Curtis Cove. To give you an idea of how much: Harry was logging over 500 pieces of garbage per day. It turns out that there is a whole citizen scientist effort to catalogue garbage at https://debristracker.org/.

The Rachel Carson National Wildlife Refuge was established in 1966 in cooperation with the State of Maine to protect valuable salt marshes and estuaries for migratory birds. The Refuge is not a single property, but instead consists of eleven parcels between Kittery and Cape Elizabeth accounting for over 9,000 acres.  It was named after famed environmentalist and author Rachel Carson, who spent a fair amount of time in Maine.

The Ewing home is a wide, 2-story Colonial revival home that was designed by Charles Ewing and built in 1931 at the far end of Timber Point. It is not a fancy home, more of an overgrown cottage. The ocean-facing side features a small yard and the home and yard are protected by a seawall. From the water, the house presents a low profile and just like Charles intended, the house blends into its surroundings remarkably well. Downstairs is the living and entertaining area. The upstairs contains 10 bedrooms and 3 bathrooms.

Other buildings on the property include a garage/woodshop, truck garage, boat house, changing shed, laundry, paint shed, and remnants of a greenhouse. The garage had a 1 story chauffer’s apartment attached. There are also the remains of a tennis court and a small saltwater pool with a changing house. Many of the outbuildings were built over the years by the Ewing family.

In 2012, Maine Preservation identified the Ewing home as “most endangered.” The home hasn’t been lived in a long time and because of its remote coastal location, it gets battered year round by the elements. I would guess that the groups that purchased the land to keep it from getting developed didn’t really want to get stuck maintaining an historic home.

The Ewing Family Buys on the Dip

Louise Parsons Ewing purchased the property to create her own family retreat close to her family’s property, Riverhurst, in Kennebunk. The Parsons were quite wealthy and well-known in the area. Her father George Parsons gave the Free Library to Kennebunk and Parsons descendants still own much of the property at the mouth of the Mousam River on Parsons Beach. Louise’s uncle Charles built his own massive home next door which is known as “The Big House” which is available for rent.

Louise and Charles were part of the social circles in New York, Boston, and Maine. When they bought Timber Point, they were living in Milton, Massachusetts and their four sons attended Milton Academy. They had intended to use Timber Point as a summer retreat but were so enamored with the place and lifestyle that they spent six months a year there. They raised their family and entertained many friends along with artists and writers, most notably the artist Rockwell Kent and writers Booth Tarkington and Kenneth Roberts. One of Louise Parsons Ewing’s closest friend was the writer Margaret Deland whose family owned a summer home called Greywood in Kennebunkport.

The entire property remained in the Ewing family for 80 years, and the family kept the point undeveloped (other than the farmhouse and the big house) and generally tread lightly on the land. Timber Point was one of the last, large coastal (essentially) undeveloped pieces of land in Southern Maine and the Rachel Carson Refuge had kept their eye on it. The family decided to sell and approached the conservation community. An agreement was worked out whereby they sold the property for $5.125 Million and kept 13 acres around the original farmhouse for the family. That selling price was less than market value as the family wanted to ensure that the property remained undeveloped and to pass the stewardship on to responsible folks.

The Trust for Public Land provided the initial $3 million for the purchase using money from the Land and Water Conservation Fund (LWCF). That fund uses revenues generated from offshore oil and gas leases to acquire land for the public instead of using taxpayer funds. Then an additional $2.125 million was impressively raised through a combination of donors including the Kennebunkport Conservation Trust, Friends of Rachel Carson National Wildlife Refuge, Maine Coast Heritage Trust, and over 700 individuals. In December 2011, the property officially became part of the Rachel Carson National Wildlife Refuge’s Little River Division managed by the U.S. Fish and Wildlife Service.

In 2016, Timber Point was listed on the National Historic Register as an historic “district.”

The National Historic Register states “the Charles and Louise Parsons Ewing estate, commonly known as “Timber Point,”, built in 1931 in Biddeford, Maine, is significant as an impressive interpretation of the Maine coastal summer estate which not only combined contemporary trends but the personal taste of the designer, owner, and master architect, Charles Ewing and approached with an eye of a practicing artist with an appreciation of European and American traditions. Although several of the associated outbuildings and structures are deteriorated or in ruins, taken together they represent a full picture of a summer estate.”

So We Bought It, What Do We Do With It?

Because the purchase included the Ewing home, the U.S. Fish and Wildlife Service now owned an historic home and outbuildings in various conditions. So, what could they do with the buildings? They petitioned the public for ideas and various proposals were put forth. Four proposals were considered.

One proposal was by a local nonprofit group called the Timber Point Center. They wanted to renovate the Ewing home and turn it into a retreat center. They created a website with a logo and the tagline “Timber Point Center, A Natural Meeting Place.” Their stated mission was to “Preserve the architecturally, historically, and culturally significant buildings of Timber Point to create a low-impact gathering place promoting educational, environmental, and creative endeavors.” Neighbors raised concerns about traffic.

Another proposal was to spend $3.2 million to renovate the main house and turn it into a visitor center.

Ultimately, in 2015, the U.S. Fish and Wildlife Service announced that they had decided to repair and preserve buildings that were eligible for the historic register, expand trails, and add signage for a self-guided tour about the property. The plan required about $400,00 to stabilize the buildings and about $35,000 per year to maintain. 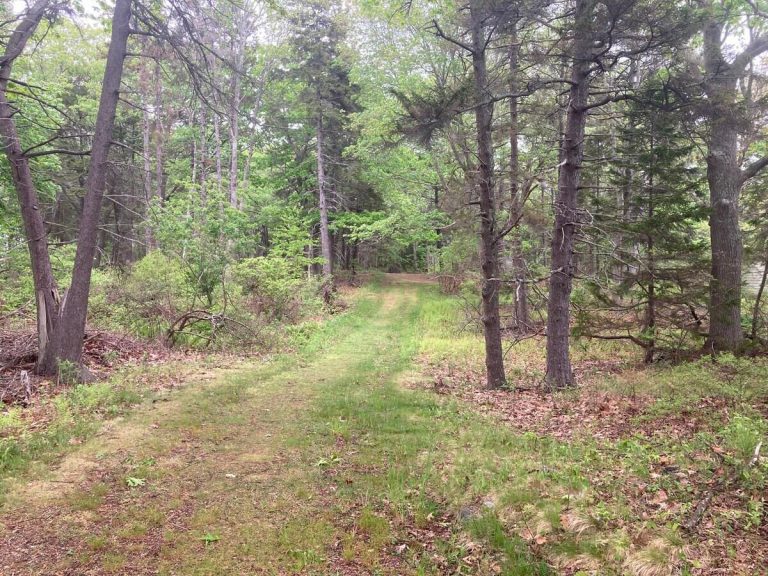 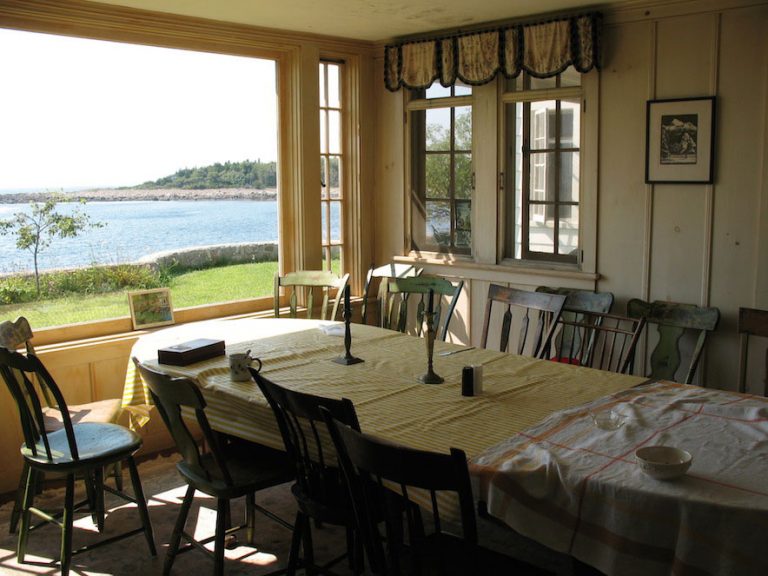 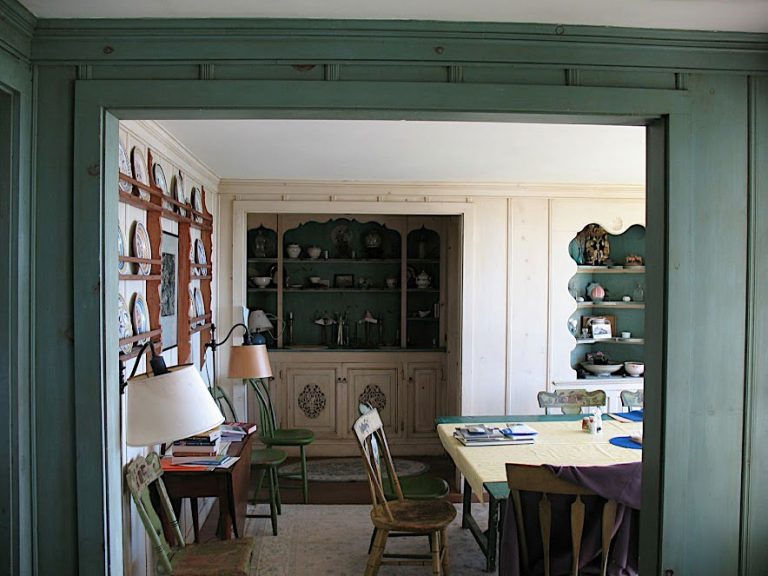 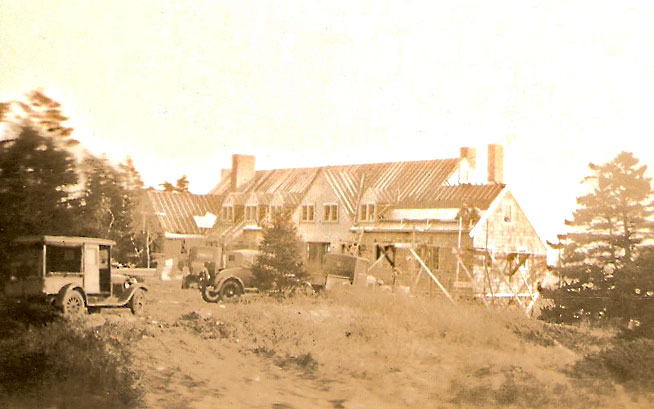 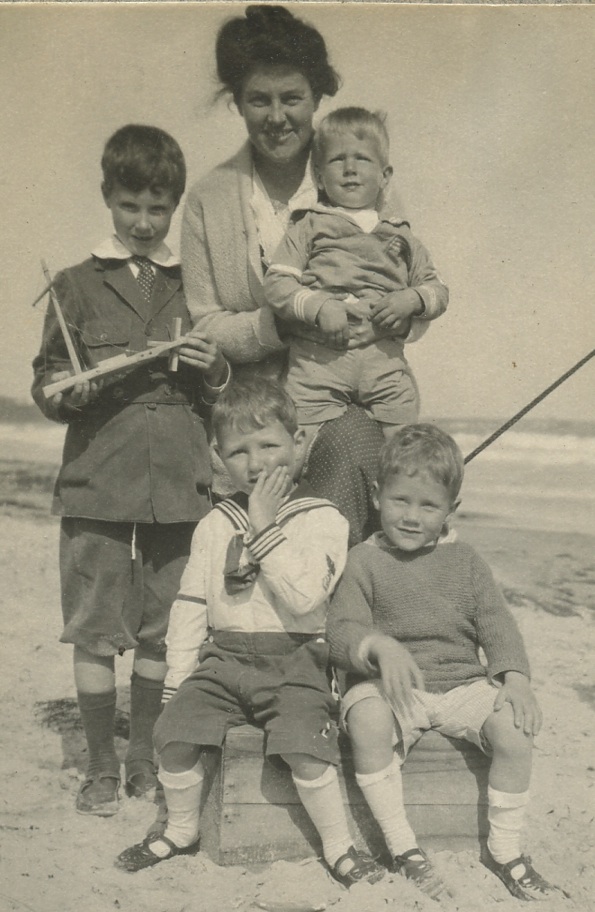 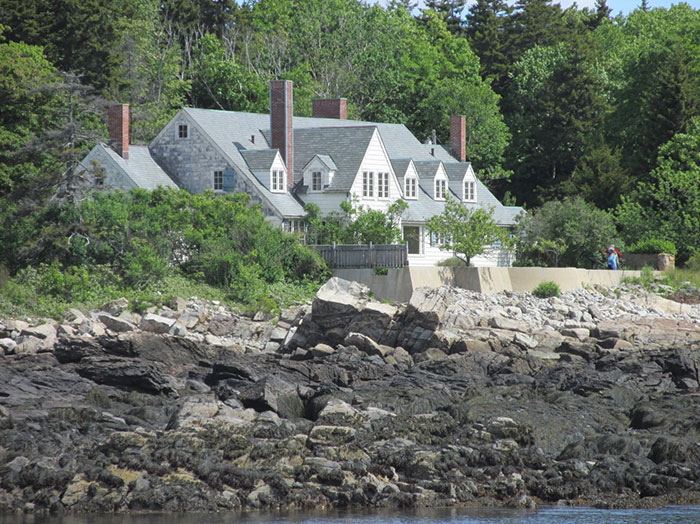 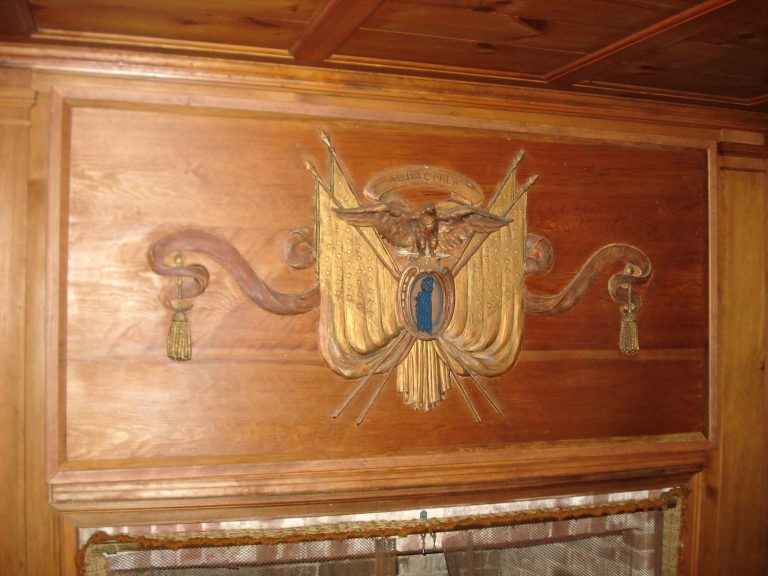 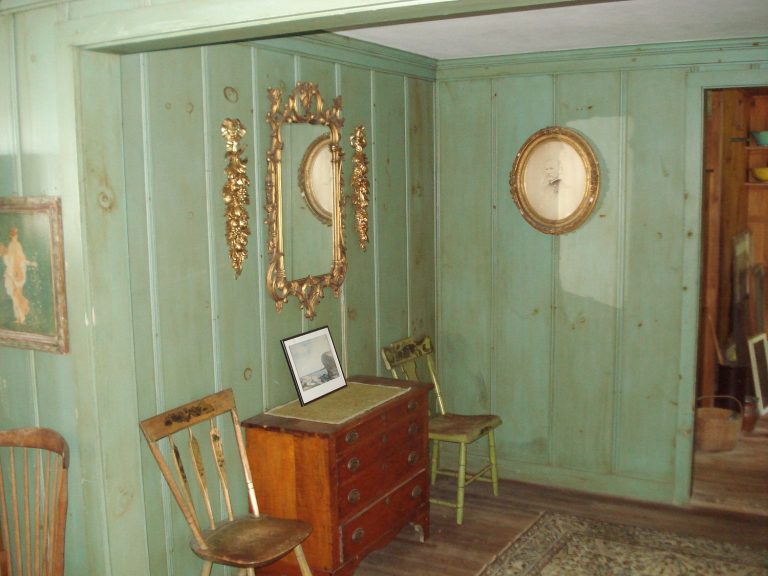 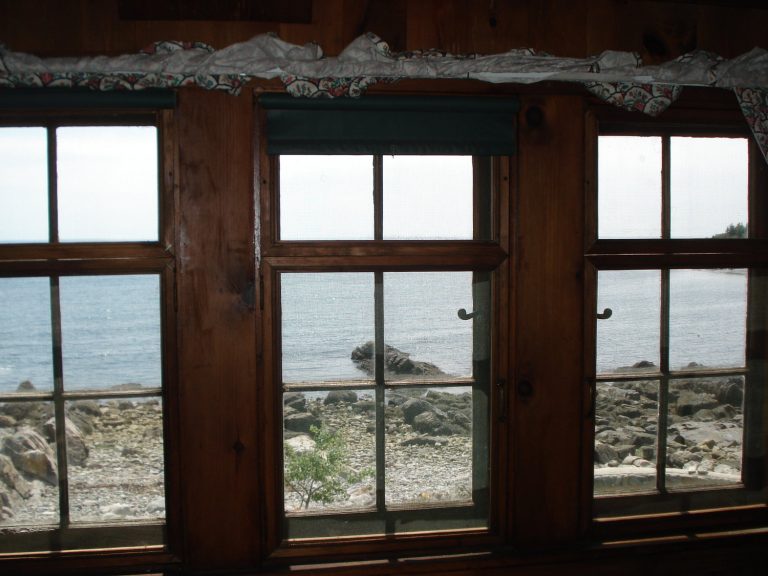 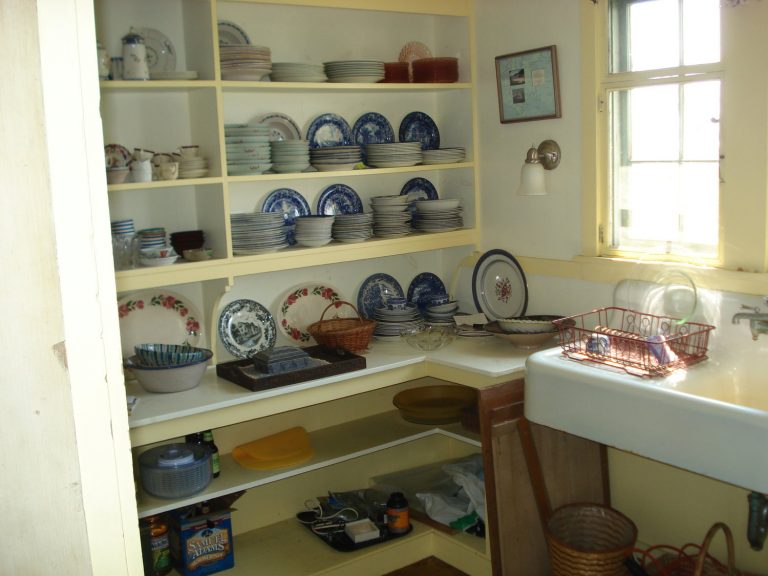 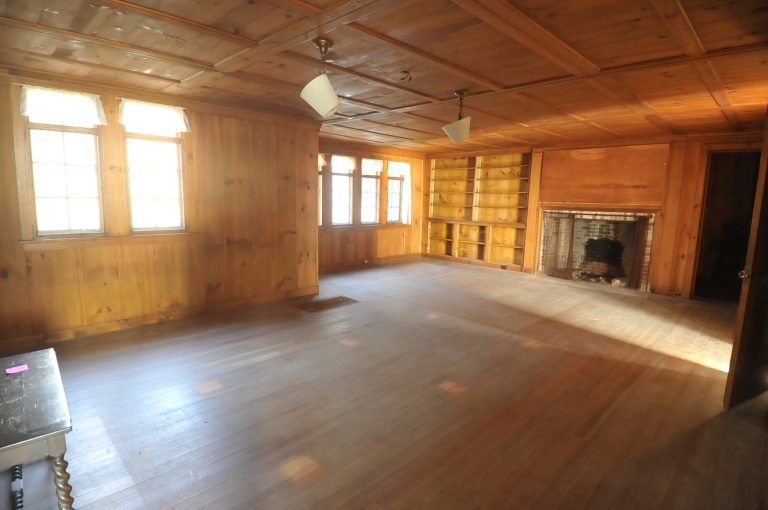 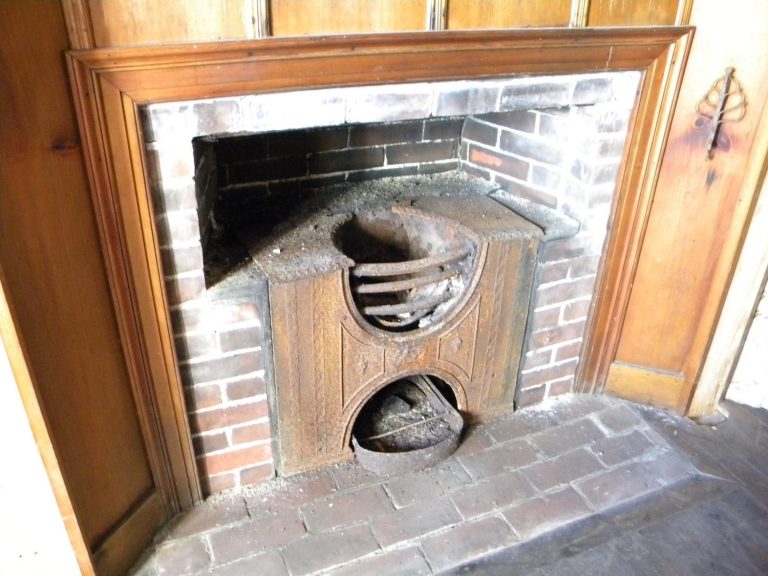 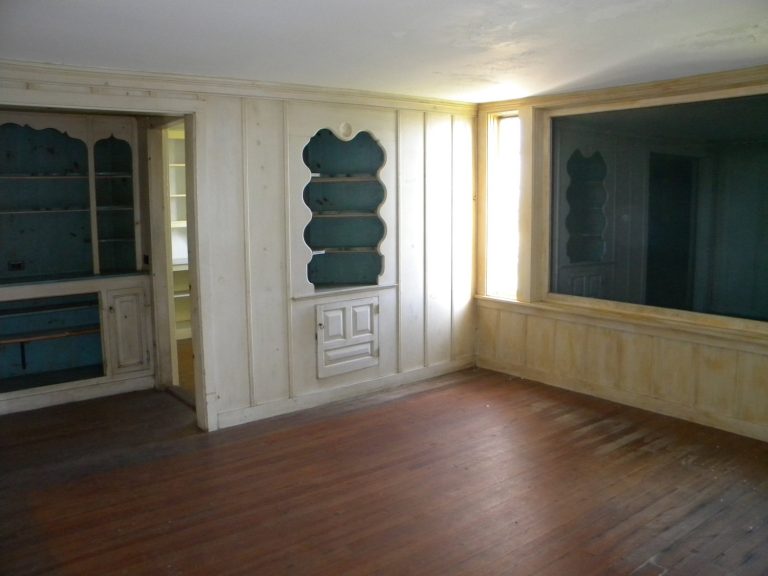 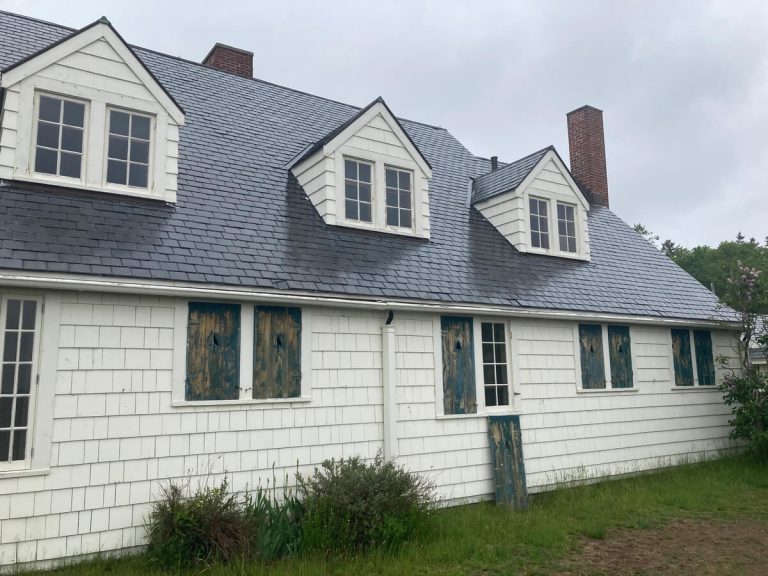 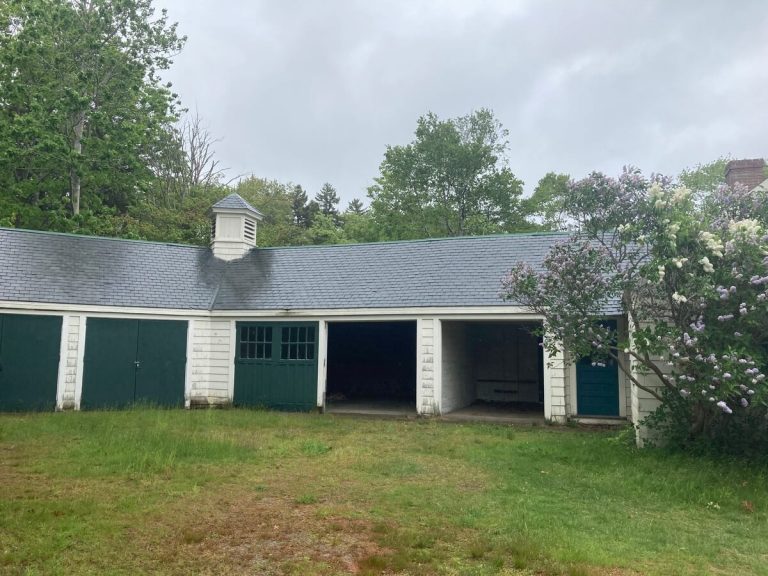 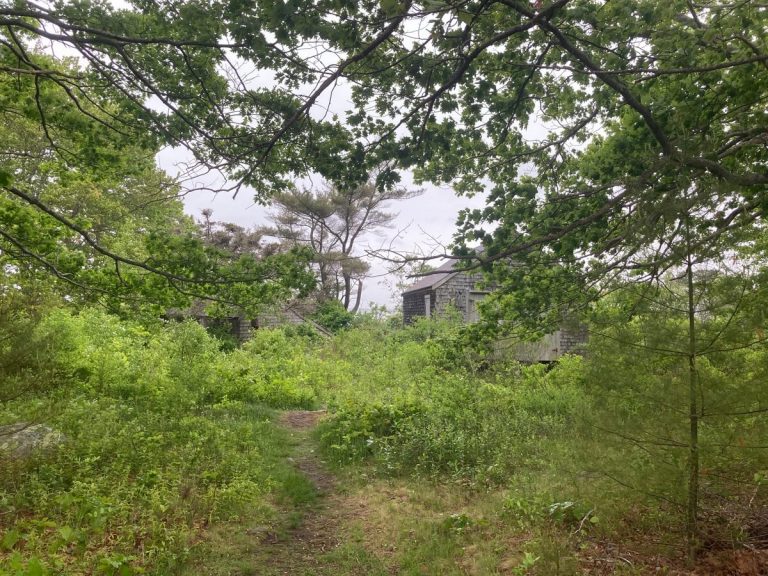 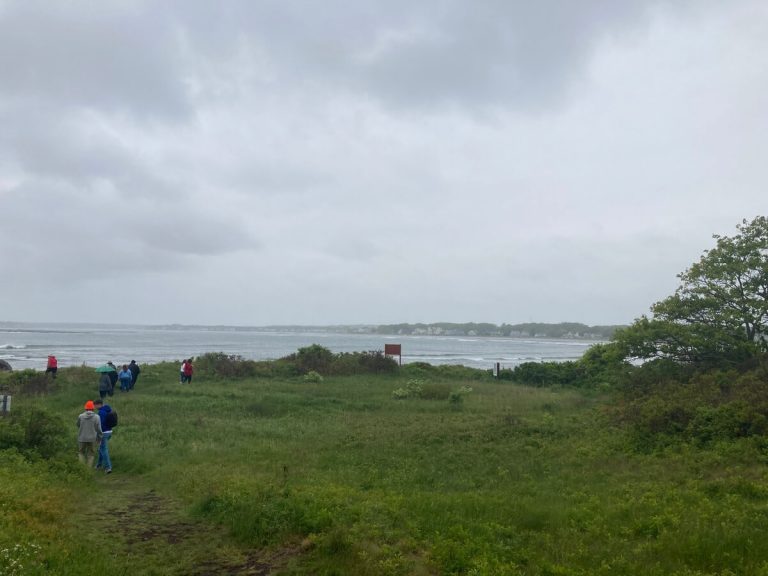 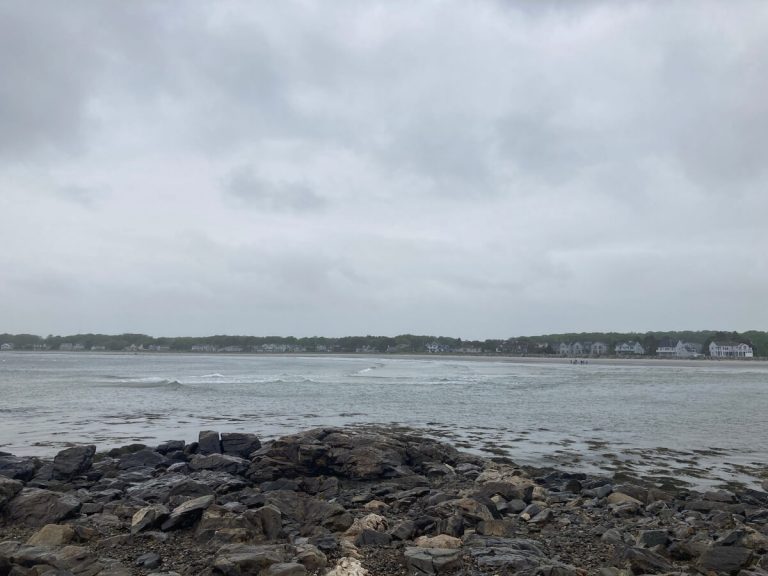 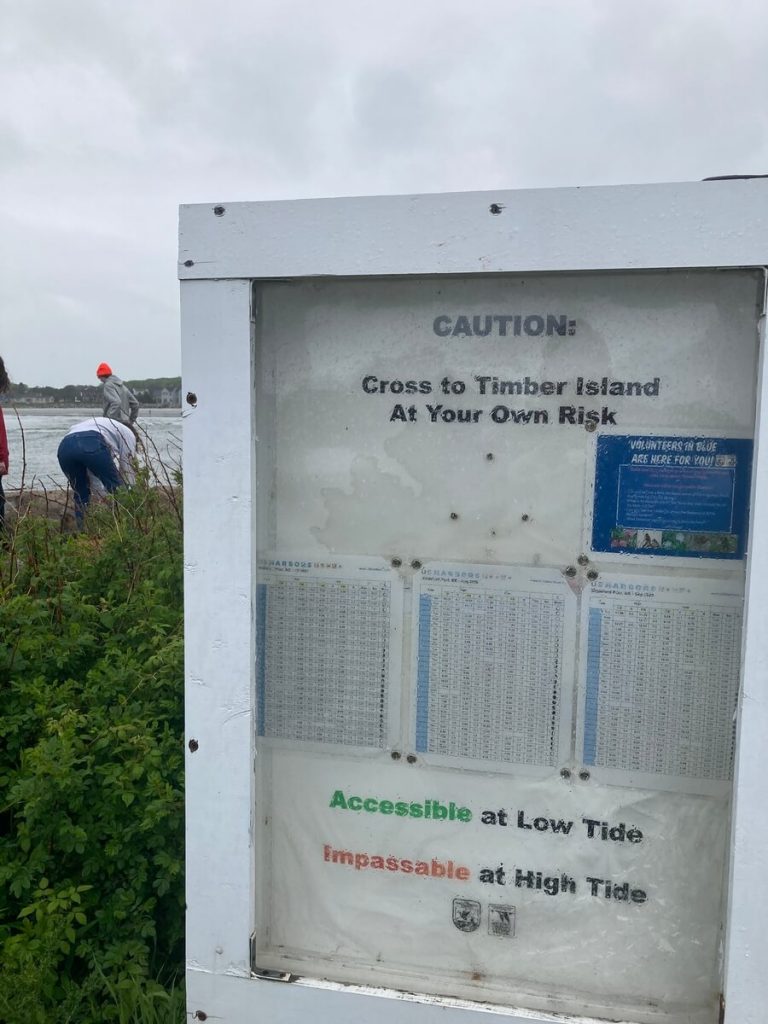 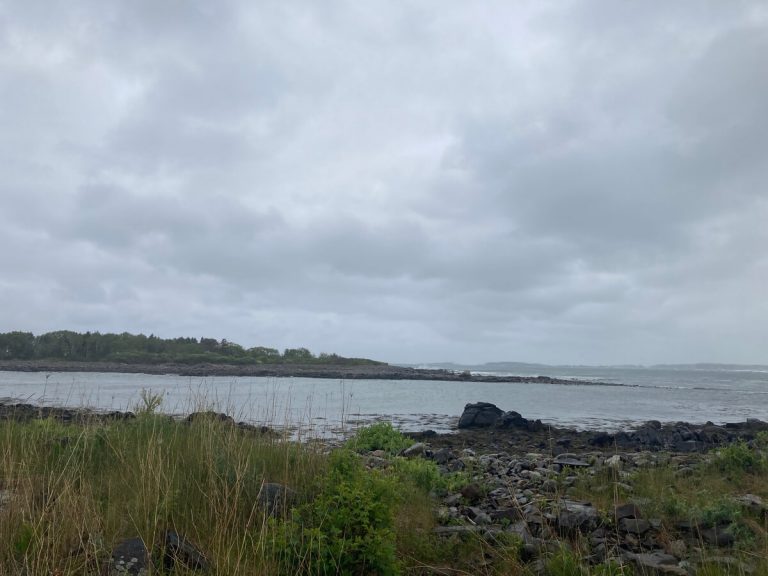 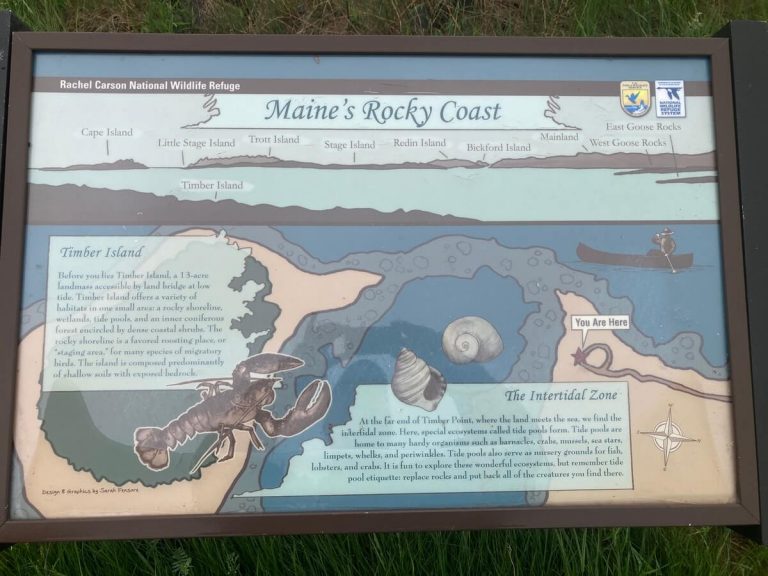 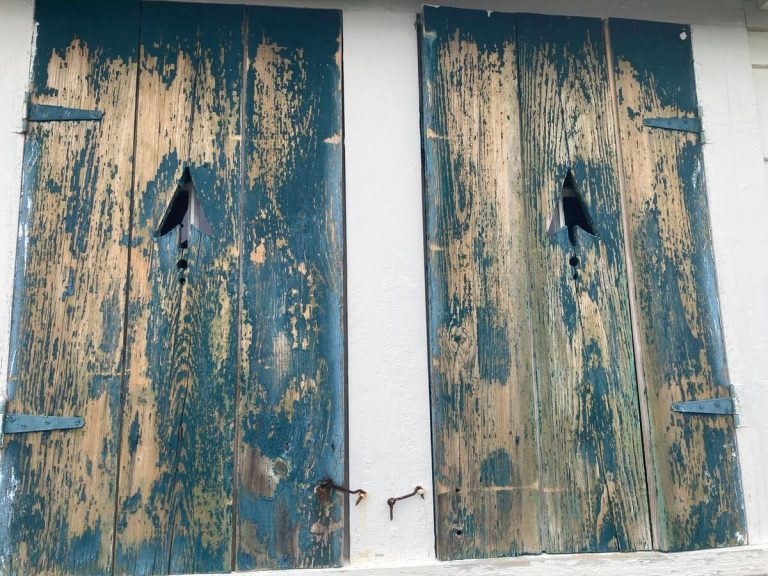 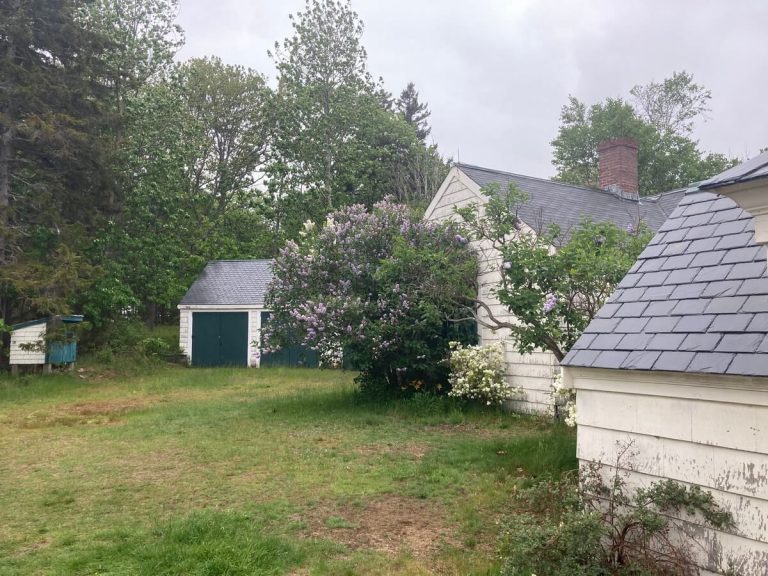 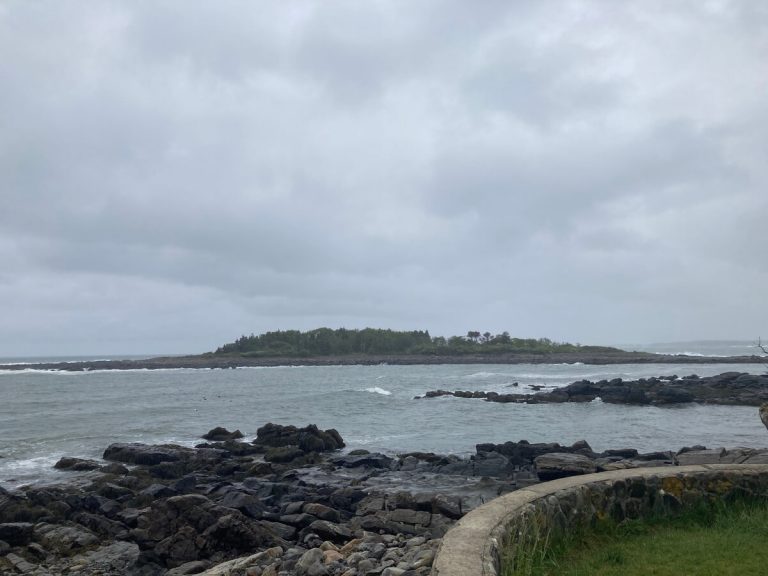 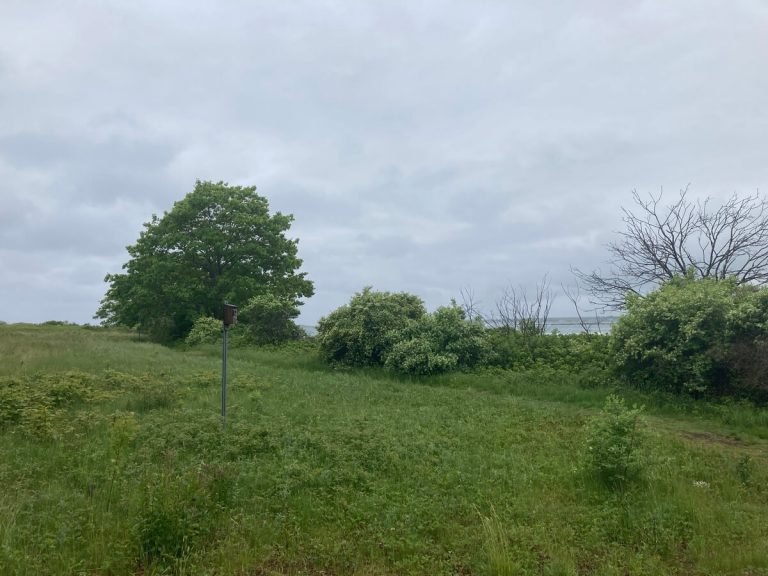 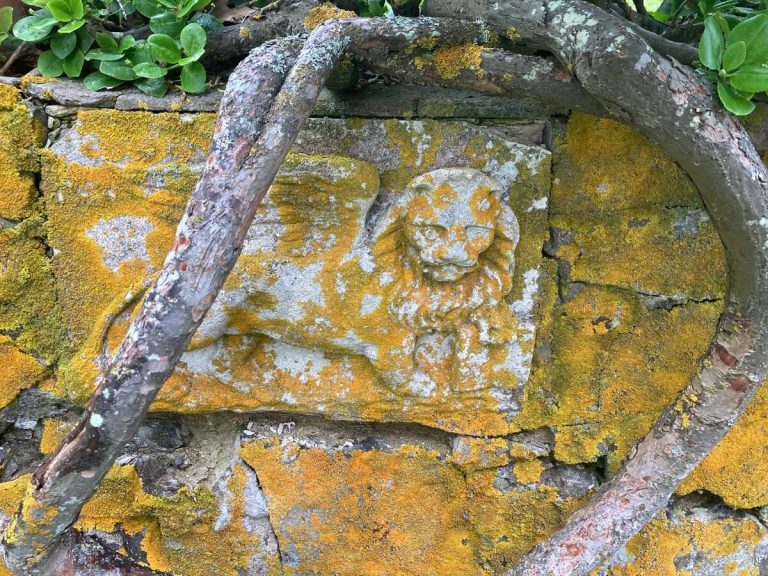 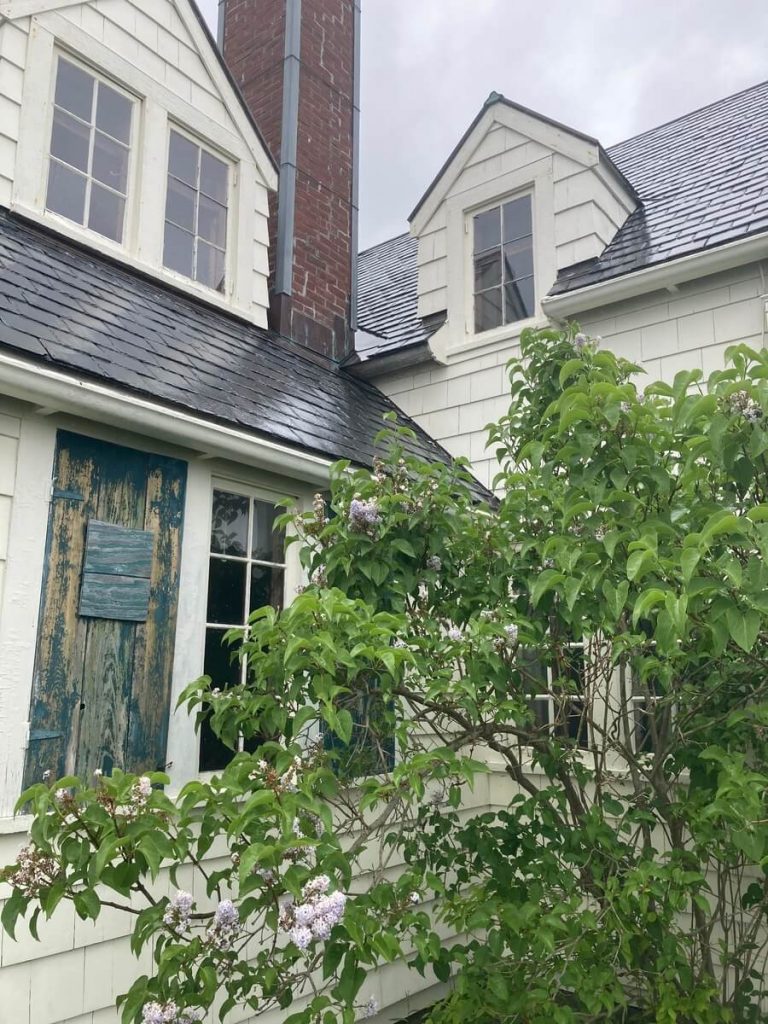 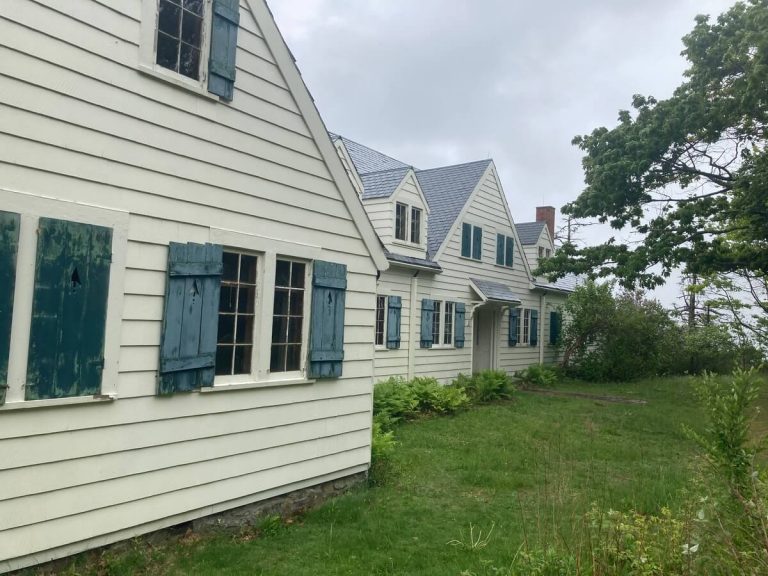