If you drive into South Freeport down towards the Harraseekett Yacht Club, you just might see the top of a 185 foot castle tower peeking over the trees. That tower is all that remains of a resort built in 1903. It is on private land, so you have to admire it from the road, but it is still quite a sight.

Why is there a castle tower in a residential neighborhood in Freeport? You can thank electric power and Amos Gerald.

Take the Trolley to the Castle

For one stretch of time, from the late 1880s through the 1920s, electric trolleys were the easiest and cheapest way to get around in many Maine cities and towns. Trolley lines were expensive to build and maintain, so some enterprising owners tried to offset the cost by building hotels and resorts along trolley routes.

One such enterprising person was Amos F. Gerald of Fort Fairfield, a consummate promoter who became known as the “Electric Railway King” of Maine. He built or bought a number of railways in central and midcoast Maine and also built resorts, hotels and casinos and provided transportation to them via his trolley lines. His first development was a casino and amusement park called Merrymeeting Park in Brunswick. While it failed to draw the crowds he hoped and needed, he pressed on and decided to build a companion destination resort to the South in Freeport.

In 1903, he opened Casco Castle, a summer resort featuring a hotel for 100 guests built to look like a castle. The builder, Benjamin Franklin Dunning, constructed an all wood hotel (with gray shingles meant to look like stone) connected to the 185 foot stone tower by bridges. The stones for the tower came from clearing the land and were hauled by horse and oxen up the hill. The landscaping and gardens were designed by John J. Turner.

Visitors to the resort arrived by trolley from Freeport (five cents for the three mile journey). They then crossed 70 feet over Spar Creek by walking over a 306 feet long steel suspension bridge (built by the resort), through the grounds, and up some steep steps to the hotel. The grounds themselves were open to the public and featured formal gardens, greenhouses, a zoo and a very popular baseball field. Hotel guests could also enjoy billiards, bowling, bathing, boating, fishing, archery, lawn tennis, and croquet.

Rooms were $2.50-$4.00 per day and delicious meals were served in the restaurant while an orchestra played. Water was piped in from a crystal spring 2 miles away.

“The table will be supplied with cream, eggs, butter, vegetables, etc. from our grounds, and fish, clams and lobsters from the waters of Casco Bay daily by our own fishermen” – Brochure

There was a small zoo with a changing list of residents. You might see monkeys, buffalo, wolves and coyotes in cages while a peacock strutted around the property. Supposedly, the first buffalo born in Maine was born in the Castle zoo.

Guests were encouraged, of course, to enjoy trolley rides on Gerald’s trolleys to nearby Bath, Brunswick, Portland, Old Orchard Beach, Lewiston & Augusta. Or they could take steamboat trips from the resort out to the Casco Bay Islands twice daily.

Although the Castle tried to be extravagant, it never became fashionable with the wealthy set and quickly began to lose money like Merrymeeting Park to the North. The rise of the automobile and the subsequent decline of trolley travel contributed to its closing a few years later. Gerald’s various trolley lines and resorts couldn’t cover mounting debts and his Portland and Brunswick Railway was foreclosed on in 1911.

The resort reopened in 1914 with new owners but tragedy? struck at the end of the season. As guests were packing to leave on the final day in September, a fire broke out and quickly spread through the dry wooden hotel.

When the fire was finally extinguished, the entire resort had burned to the ground with the exception of the stone tower which is still there.

Rumor has it that excessive debt may have encouraged an act of arson by the owners, but that was never proven.

In a comment on mainememory.net, one Mainer wrote “I grew up on Castle Road in South Freeport from 1966 until I went away to college in 1976 and remember the Casco Castle well. It served as local landmark and place to hang out for many kids in the neighborhood. Younger kids considered it a feat to climb it – at least to the first window, then hop down into the turret. Older kids used it as a gathering site for parties and often left smashed beer bottles and cans as souvenirs of a good time. What I remember most about the Castle, though, was banding together with several classmates to pick up trash from in and around the Castle on Earth Day, 1970. We came armed with trash bags and dragged quite a few bags stuffed with trash back to my house to throw away since my house was closest to the Castle. My mom fed us all snacks as a reward for our good deed. I’m sure that it wasn’t long before the trash again piled up in and around the Castle, but that experience shaped me. I joined the environmental movement that day and have grown into someone who recycles, tries to conserve, and still bends down to pick up trash whenever I see it.” 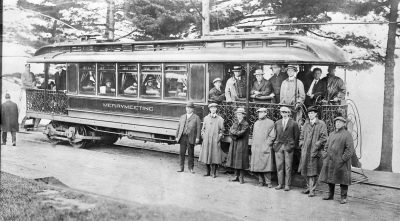 If You Build It, Will They Come?

The castle tower is on private property and is best viewed close-up from below on Harraseeket Road.  You can also see the top of it from afar from the end of Winslow Park which is a Freeport town park and campground on the water. 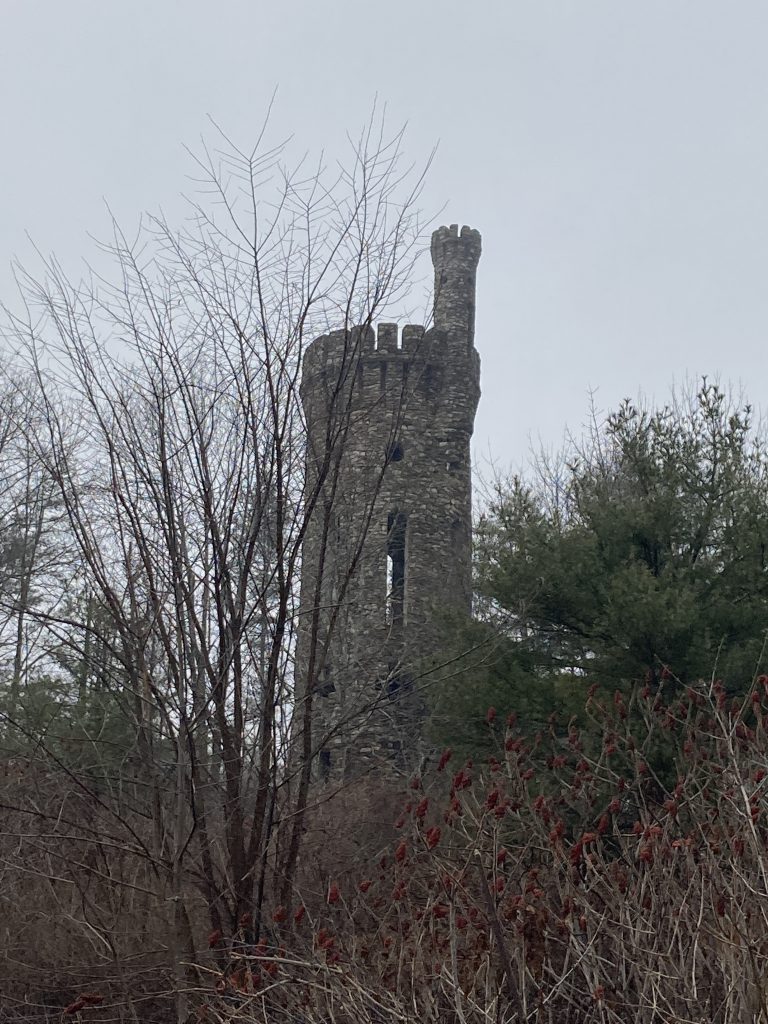 The remains of the tower (located on private property) December 2020 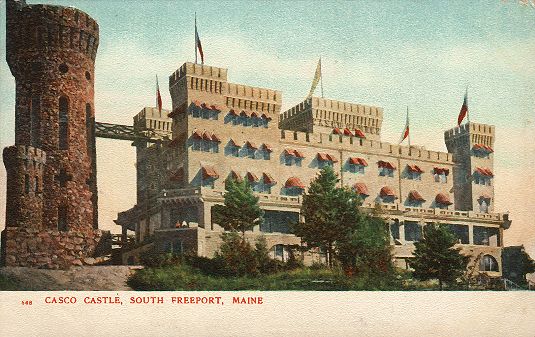 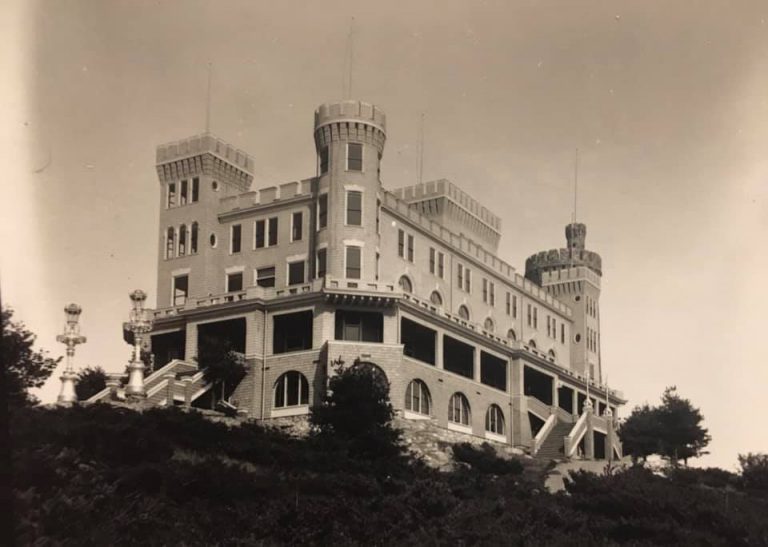 Another view of the castle 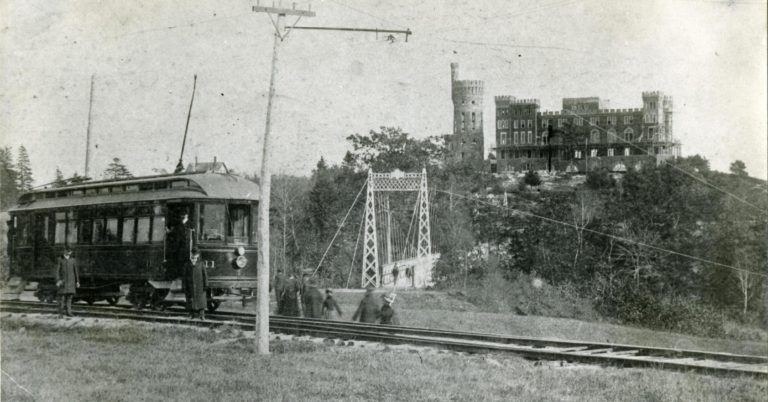 Casco Castle 1906 with a view of the suspension bridge. The Camilla, combine car #11 of the Portland and Brunswick Street Railway is out front 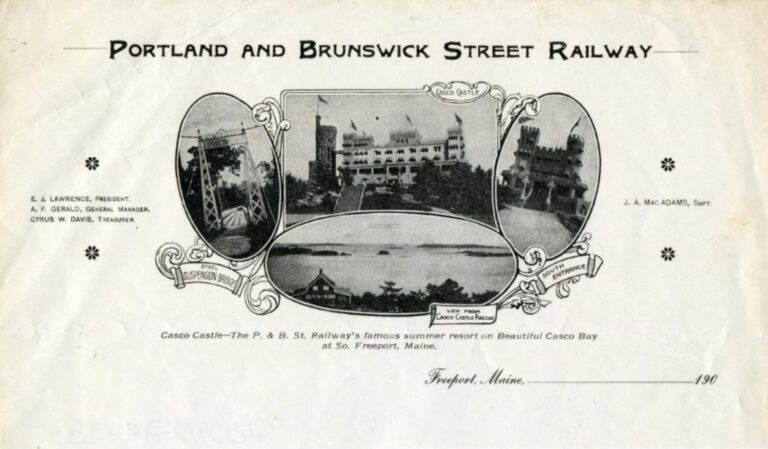 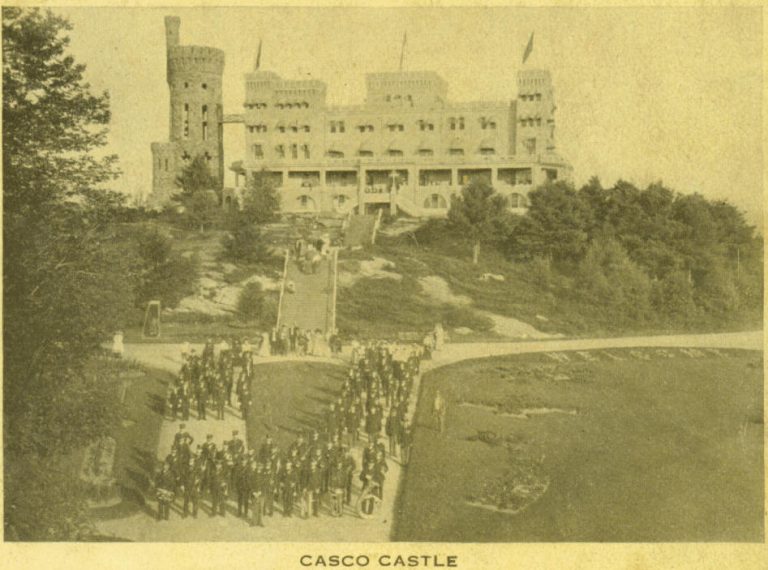 Another from an old flyer with a band 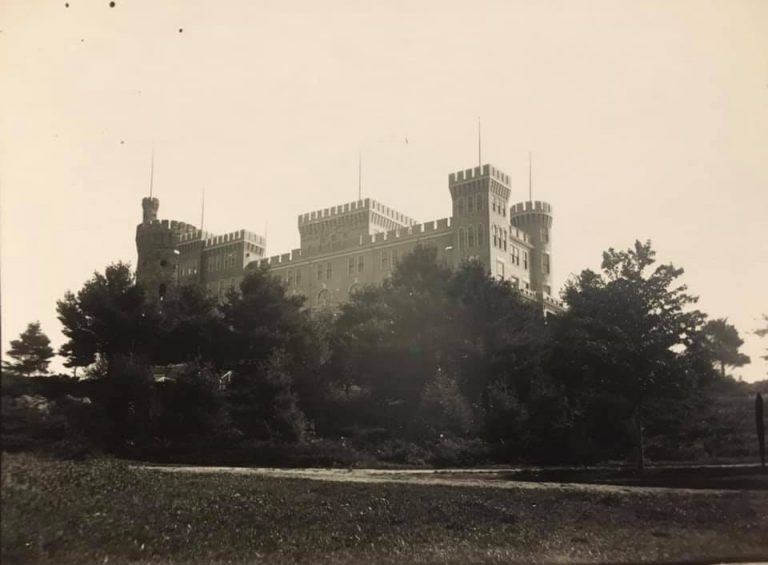 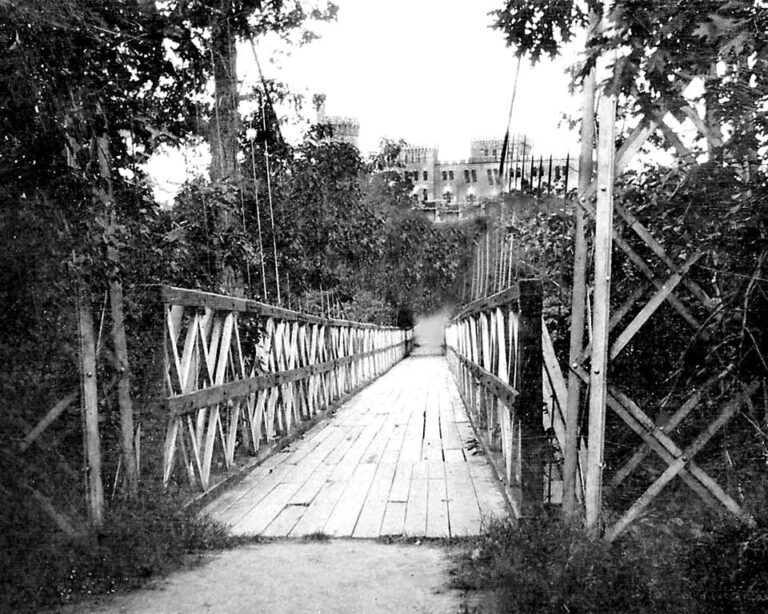 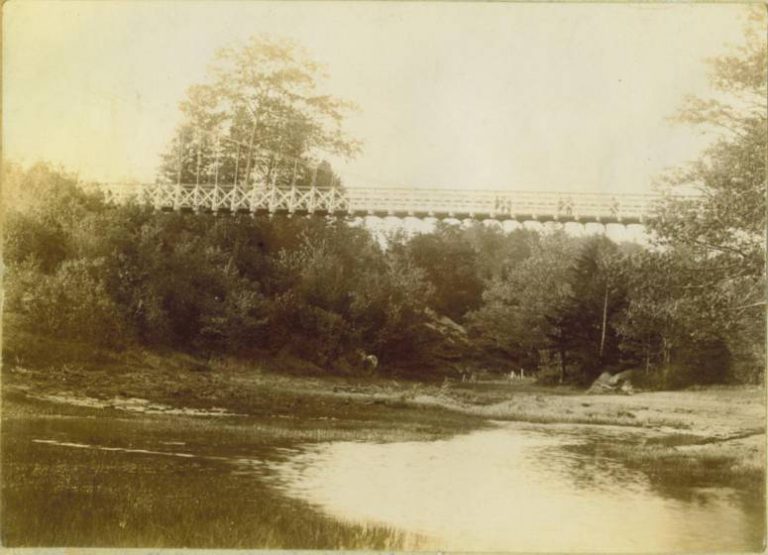 The suspension bridge as seen from Spar Creek 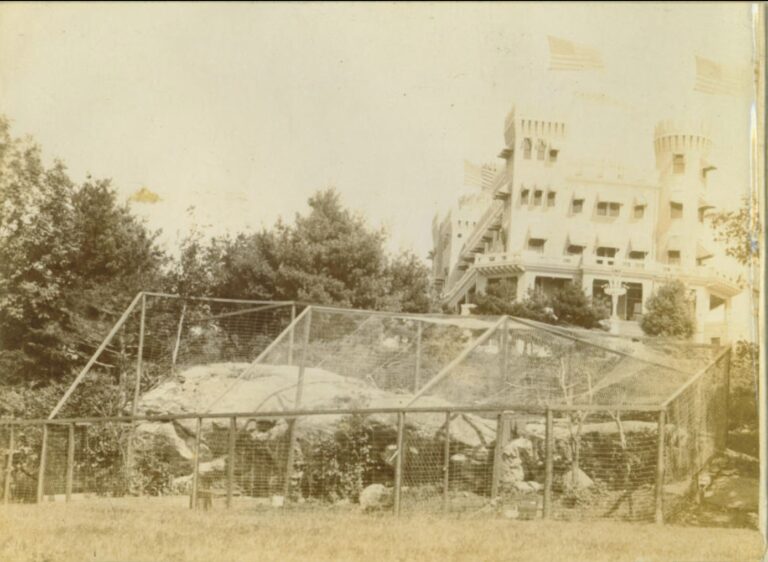 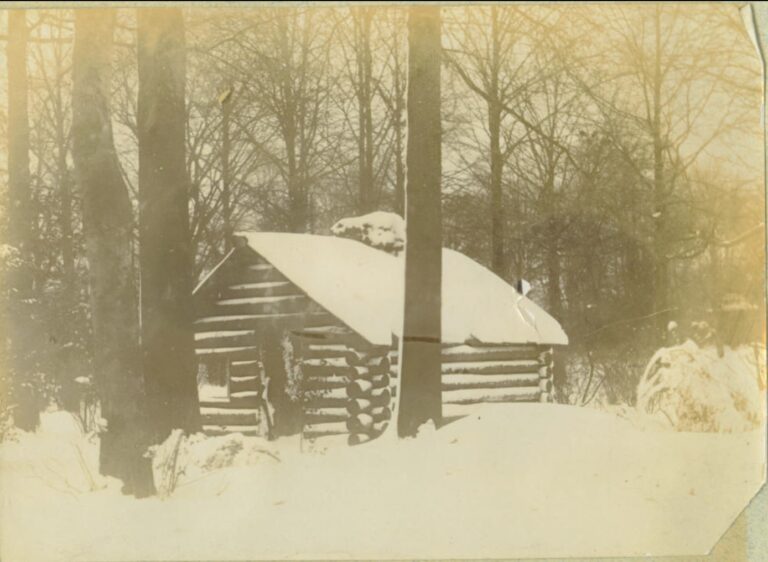 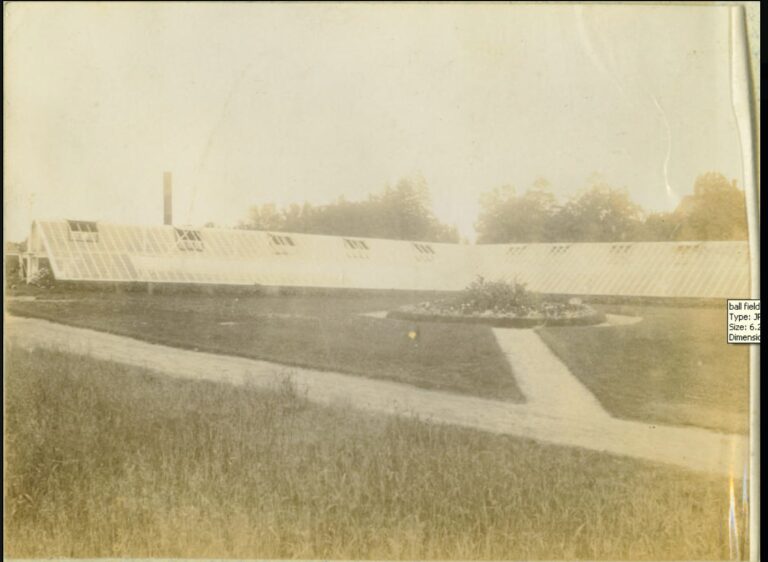 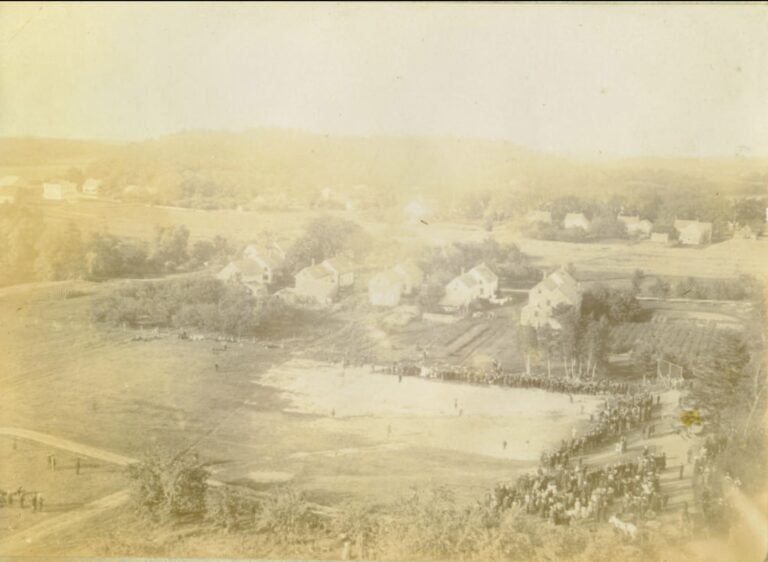 View of the ballfield from the hotel 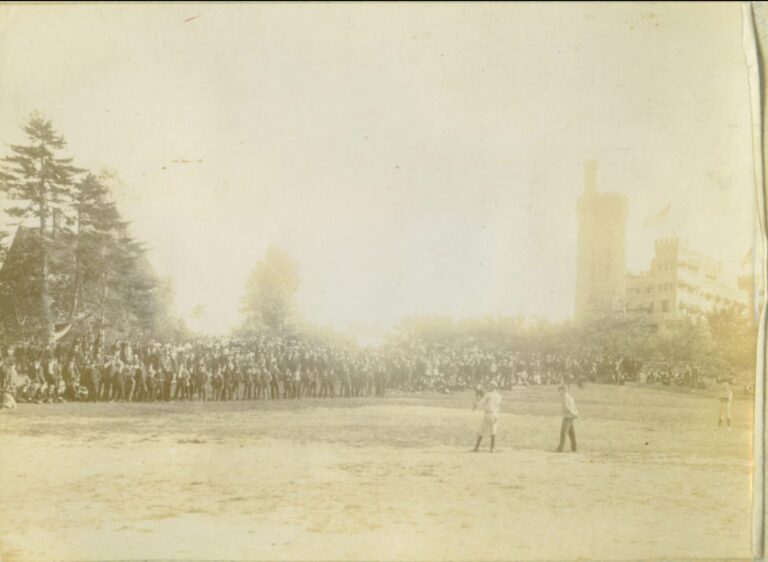 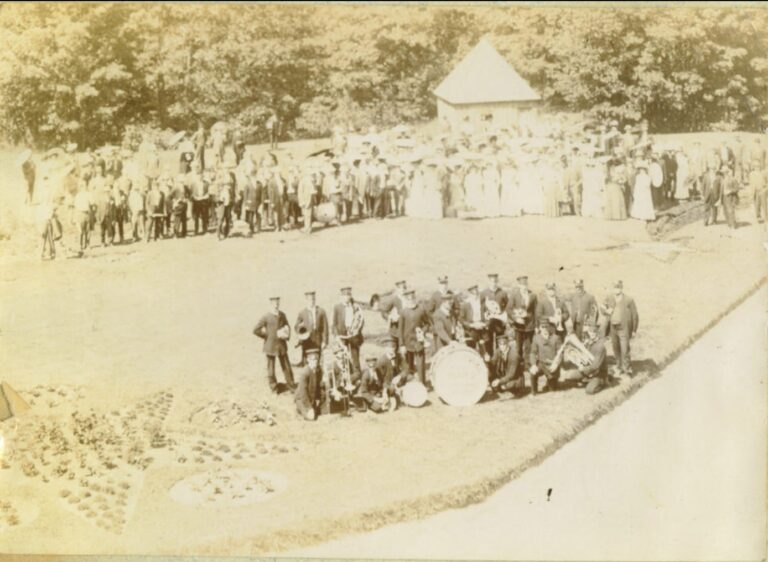 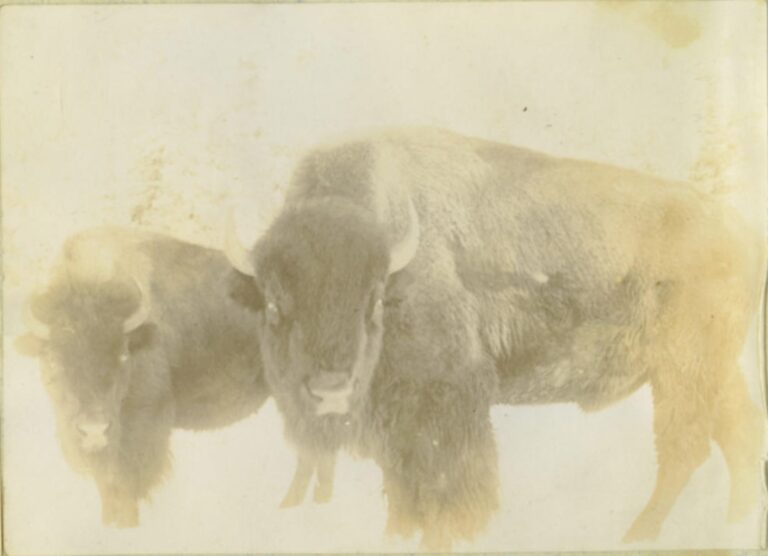 A couple of buffalo - supposedly, the first buffalo born in Maine was on these grounds 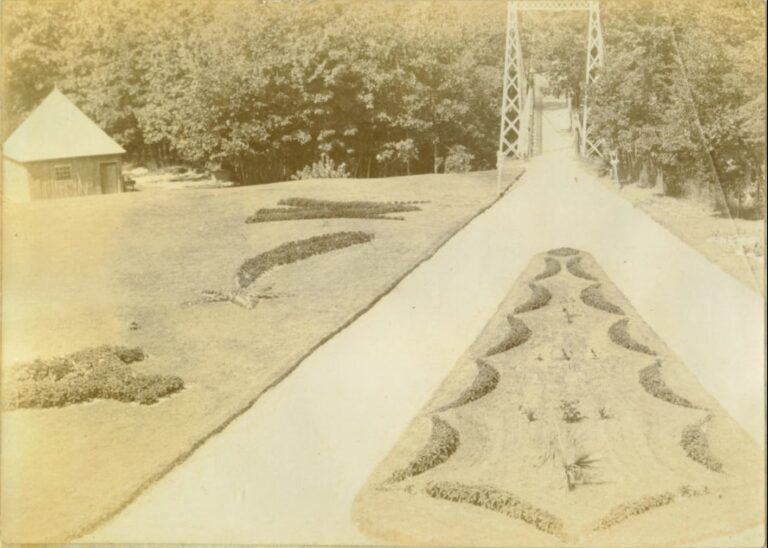 The gardens looking back at the bridge 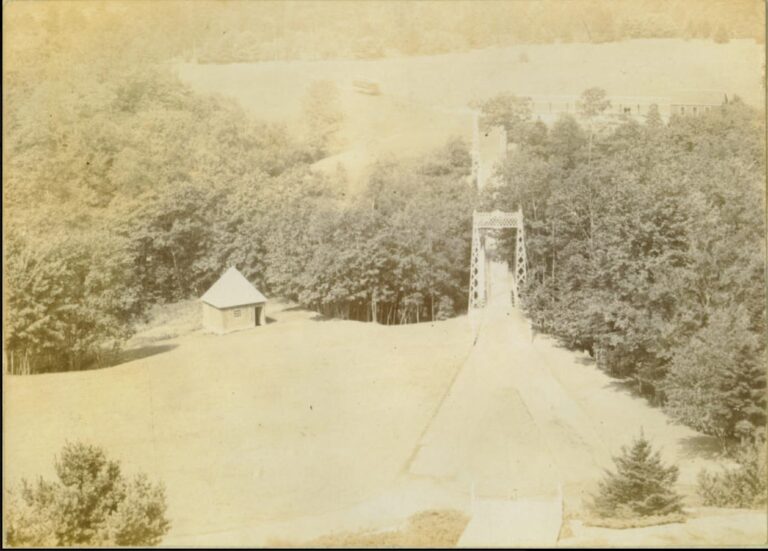 The gardens, bridge and trolley stop in the distance 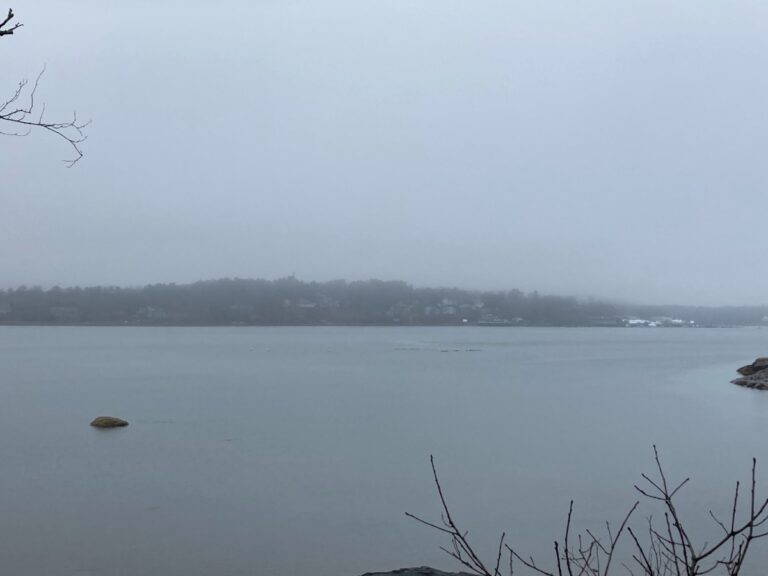 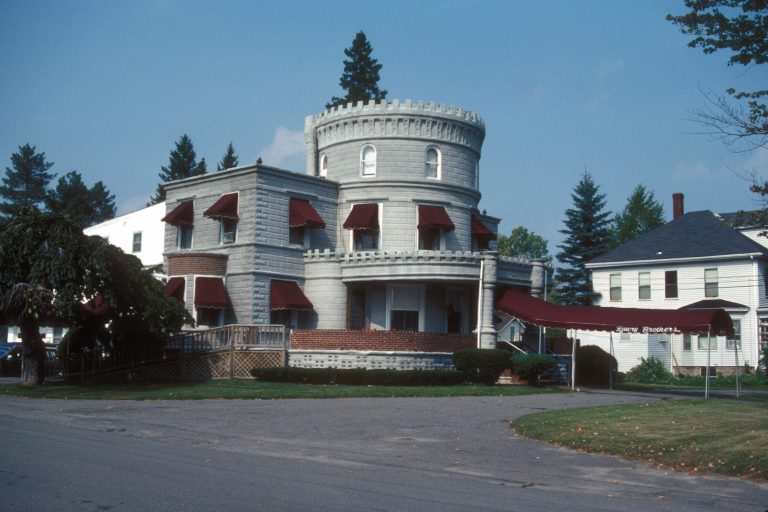 The Amos Gerald House in Fairfield. He sure liked castles.
SOURCES & CREDITS:

If You Build It, Will They Come?